Rylan Clark-Neal: ‘My biggest mistake was my teeth’ 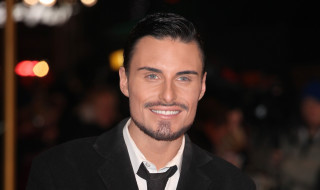 Rylan Clark-Neal: ‘My biggest mistake was my teeth’

Rylan Clark-Neal has admitted that he regrets his famous dental work.

The Celebrity Big Brother: Bit on the Side presenter, who recently married his policeman partner, Dan Neal, spent £25,000 on the veneers in 2013.

The 27-year-old told Bang Showbiz at the National Television Awards on Wednesday night: ‘My biggest mistake was my teeth but, to be fair, they’ve earned me a lot of money’.

Rylan’s teeth became a topic of gossip back in 2013, when the former X-Factor contestant unveiled the extreme dental work at the launch of the 14th series of Big Brother.

Rylan faced criticism from the media over his new teeth, but was quick to defend the work.

Appearing on Loose Women not long after unveiling his new pearly whites, Rylan said: ‘They are white but you know what, I’ve had a lot of stick with my teeth. It’s something I wanted done.

‘I was in a position now to get them done. I like them and at the end of the day, the people that have been piping up about my teeth, half of them haven’t even got a tooth in their heads!’

‘I know I’ve done well as my teeth have got their own Twitter page! Cheers for that guys! I appreciate it.’

1415d
|
Celebrity News
Dentistry Online uses cookies to give the best experience. If you continue to use our site, we will assume that you agree to the use of such cookies. Read More.
Accept