Gwendoline Christie hounded for GoT spoilers during root canal 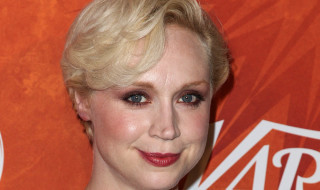 Gwendoline Christie hounded for GoT spoilers during root canal

Game of Thrones star Gwendoline Christie cannot escape plot-spoiling questions from avid fans of the HBO fantasy series – even when she visits the dentist.

Gwendoline, who plays Brienne of Tarth in the hit series Game of Thrones, as well as Captain Phasma in forthcoming film, Star Wars: Episode VII The Force Awakens, was questioned by The Late Late Show host James Corden.

James asked: ‘To be on Game of Thrones and Star Wars, are there constant people trying to get spoilers out of you?’

Gwendoline revealed: ‘There was one particular incident that was quite intense. It occurred when I went to the dentist for a root canal’.

Gwendoline described the scene in the dentist chair in the middle of a recent root canal procedure, saying: ‘I was lying back in the chair with a clamp in my mouth holding it open, and he [the dentist] just left the room; the door just clicked shut, and the nurse said, “Now tell me what happens in Game of Thrones!”‘

1837d
|
Celebrity News
"Company" would like to send you relevant email communications to this webinar, by opting in to receive these emails you are agreeing to be sent email communications by "Company".
You can opt-out at any time.
Dentistry Online uses cookies to give the best experience. If you continue to use our site, we will assume that you agree to the use of such cookies. Read More.
Accept