Supporting the introduction of a sugar tax 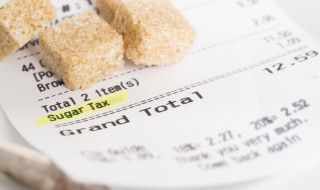 Supporting the introduction of a sugar tax

Dentistry.co.uk pledges its support for the introduction of a sugar tax, says Sophie Bracken.

Regardless of arguments for and against the introduction of a ‘sugar tax’ in the UK, one point remains undisputed: a high-sugar diet is directly linked to tooth decay, and is therefore detrimental to the nation’s oral and general health.

Sugary foods and drinks cause so much tooth decay in fact, that removal of teeth was the leading cause for hospital admissions for five to nine-year-old year old children in England in 2013/14.

It follows then, that a reduction in consumption of sugary foods and drinks would considerably lower the rate of obesity and tooth decay. Public Health England agrees; its October 2015 report, Sugar reduction: the evidence for action suggests, amongst other measures, a tax of between 10% and 20% on high-sugar products to combat the nation’s addiction to the white stuff.

Likewise, the House of Commons’ Health Committee, in its report, Childhood obesity – brave and bold action, published on 30 November, gets behind the tax, stating, after a review of evidence: ‘We therefore support Public Health England’s recommendation for a tax on full sugar soft drinks, and recommend that it be introduced at a rate of 20% to maximise its impact on purchasing and help to change behaviour.’

Dentistry.co.uk fully supports the introduction of a sugar tax and the benefits it could bring to the UK’s oral health, and it is encouraging to see Jamie Oliver and Sustain continuing to campaign for the introduction of such a tax, despite the Government’s rejection of the proposal in October. Indeed, Jamie and Sustain’s continued petitioning resulted in a sugar tax debate in Parliament on 30 November.

Jamie has become the unofficial public voice of numerous healthcare organisations urging the Government to introduce a levy on the sale of sugary beverages, in recognition that something must be done to combat the nation’s addiction to the white stuff and the resulting implications on our general and oral health, and to curb further crippling on the already stretched to breaking point NHS.

As well as urging David Cameron to be ‘brave’ and introduce a sugar tax, Jamie has taken matters into his own hands and has introduced a levy on sugary drinks sold in his own restaurants. Proceeds are donated to the Children’s Health Fund, an organisation set up by Jamie to support programmes and schemes aimed at improving children’s health and food education. This may be a small step, but it’s a step in the right direction and Dentistry.co.uk hopes that other food and drink establishments follow Jamie’s lead in this regard.

If it worked for them…

We only have to look to our European neighbours to see the positive impact such a tax could have on the public’s oral – and general – health. France currently taxes all drinks containing added sugar or artificial sweeteners at €0.07 (6p) per litre, and energy drinks at €0.50 (40p) per litre. Following the introduction of the tax in 2012, supermarket sales of soft drinks in France declined for the first time in many years (Centre for Public Health, 2013).

Likewise in Hungary, taxes are levied on sugary drinks at 5 HUF (1p) per litre, and on energy drinks at 250 HUF (70p) per litre, as well as levies on salty snacks and condiments, sweets, biscuits, ice cream and chocolate. As a result, there was a 20% drop in the sale of soft drinks in the first six months of the tax’s introduction.

If we look a little further afield to Mexico, we find even more compelling evidence for the benefits of a sugar tax. The ninth most obese country in the world and a nation in love with Coca-Cola, Mexico seems an unlikely place to self-impose levies on sugary drinks (indeed, the country’s former President was an ex-executive of Coca-Cola Mexico).

A sugar tax was nevertheless introduced in Mexico in January 2014, in an effort to combat obesity and diabetes, particularly among children, according to the country’s current President, Enrique Peña Nieto.

The introduction of the tax in the soft drink-loving country is already yielding promising results, according to preliminary findings from a study into the effects of the tax (www.insp.mx, 2014). Results show a 6% decline in the consumption of sugary drinks throughout 2014, and a 7% increase in the purchase of un-taxed drinks (low-sugar or sugar free), suggesting that consumers are taking more consideration with their beverage purchases.

These case studies provide compelling evidence regarding the effectiveness of sugary food and drink taxation in lowering sugar consumption in the general population. If it worked for them, it can work for us.

Note: An earlier publication of this article stated that that the emergency removal of teeth had been cited as the number one reason for childhood hospital admissions in Britain. This has now been corrected.