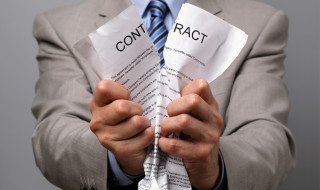 The British Dental Association (BDA) reacted with alarm to a surprise Treasury proposals to impose limits on new agreements in order to trigger greater competition between practices.

A document released by the Chancellor described the current, timeless contracts as a system of ‘rigid regulatory controls that dictate who can enter the market’.

And it said: ‘The Government believes that there are opportunities to improve both efficiency and competition in the provision of dental services and will be carefully considering the issue of non-time limited dental contracts as part of broader work on contract reform.’

Dentistry was included on a hit-list of professions where customers deserve ‘a better deal’ – alongside everything from mobile phones, broadband, water bills and school uniforms.

In the 25-page ‘blueprint’, the Treasury also criticised ‘opaque and confusing’ dental charges and ‘inaccurate information’ about treatments.

But the British Dental Association (BDA) has hit back, promising to hold talks with the Department of Health about contracts.

It pointed out that dentists had to invest large sums of money to establish and maintain a practice – to employ staff, buy equipment and pay regulatory costs, for example.

A BDA spokesman said: ‘We’re clear that GDS contracts must continue to be non-time limited.

‘Anything else would represent a huge waste of resources and would threaten continuity of care for patients.’

It is understood that time-limited contracts for dentists have been proposed before, by the Office of Fair Trading, in a report about five years ago.

However, the BDA said the length of any such contracts had not been mentioned and no discussions had taken place with anyone in Government, then or since.

Releasing the ‘better deal’ proposals, Mr Osborne suggested the average family could save £470 a year, adding: ‘This broad package of reforms will make markets work better for families.

‘Driving competition will improve choice for people and ensure they get a better deal, and cutting red tape will help businesses grow and thrive.’

This week we chat to Chris Barrow about the gradual easing of lockdown restrictions and what this means for dentistry.…