Walking in a Wimpole wonderland 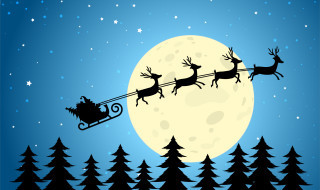 Walking in a Wimpole wonderland

Kevin Lewis reflects on a year of mixed fortunes.

As we approach the end of another frenetic year, it is time to announce this year’s prizes. The musical chairs award was fiercely contested with a particularly strong entry from Barry Cockcroft as he slid seamlessly across from the ultimate and biggest commissioner of NHS dental services, to the biggest provider of them.

His successor Sara Hurley moves from being the CDO for the British Army to the CDO for England, so her experience of working in war zones will come in very handy. But in the end the prize goes to John Milne, who has been reincarnated as senior national dental adviser to the CQC, having completed his term as chair of the BDA’s General Dental Practice Committee. It may not quite be full circle but it is a commendable effort!

Allegorical dental photograph of the year goes to Peter Ward, for his priceless snapshot of a sign affixed to the outside of the GDC’s Wimpole Street premises – or more accurately, affixed to the polythene-draped scaffolding erected across the front of the building. Adjacent to a large sign revealing that somewhere behind the dust covers at number 37 lurked someone or something called ‘The General Dental Council’, there was a smaller sign.

It simply said ‘Alarmed’ and provided a phone number. But it wasn’t entirely clear whether this was a statement referring to the GDC’s own reaction to some stinging and pretty relentless criticism (and the helpline number of Healthcare Regulators Anonymous), or a question directed at any passing registrants (and providing the phone number of the PSA).

The protracted ‘work in progress’ status of the GDC’s building had been viewed by some as a metaphor for the organisation itself – or its fitness to practise procedures anyway. ‘Alarmed’ is amongst the milder descriptions that I have heard used to describe how the profession feels about its beloved regulator, but on reflection it may not have been an external sign at all. It might have been a cry for help from GDC staff, trapped behind the polythene and desperate for the outside world to hear their cries.

But then again, it might simply be a statement referring to the security status of the premises during the building works – and it would be unkind to reject that possibility out of hand.

I bumped into a curious procession of people in strange costumes tramping around the streets of the West End of London the other day. Apparently they had heard from reliable sources that the saviour of mankind was due to make an appearance on 25 December inside a shed-like structure that was serving as temporary accommodation. It was rumoured that he would be surrounded by a collection of sheep and other people on bended knee in worshipful deference.

‘I can help you with that’, I thought to myself, explaining ‘You’ve come to the right place but Bill Moyes is on holiday and he won’t be back until the New Year’.

While they looked disappointed, they took the news well under the circumstances and left the gold, frankincense and murder weapon on the doorstep. The snow was starting to settle yet through the tumbling snowflakes in the fading light I discerned the unmistakeable, avuncular persona of old St Mick emerging from another building just along Wimpole Street. He appeared disorientated and for a moment I feared that the BDA Christmas party had started early. But I need not have worried: ‘Christmas just isn’t Christmas without a judicial review of a GDC consultation on the annual retention fee’, said Mick in a dejected kind of way.

I asked him where he was going. He said he was going to buy the Christmas present that the BDA always sends to the GDC. This delightful tradition was intended to demonstrate the inseparable bond, warm affection and mutual respect between the two organisations. ‘What are you getting them this year?’ I enquired.

‘Noddy’s Guide to Quality Assurance’, replied Mick as he heaved his bag of presents over his shoulder. He added that there had been quite a lot of support for buying Hara-Kiri for Beginners but apparently Bill Moyes had been seen clutching a well-thumbed copy just before his Pendlebury Address at the FGDP last year and again during his non-speaking part at the Select Committee early this year, so he was clearly familiar with this book. And Advanced Hara-Kiri for the Determined was difficult to find even on Amazon. Can’t imagine why.

As we reflect upon 2015, it has been a year of mixed fortunes. It started dreadfully for the GDC, but at long last its fitness to practise procedures are showing signs of recovery and its willingness to engage with stakeholders is unrecognisable from the siege mentality of a few years ago – so credit where credit is due. At the end of January, Evlynne Gilvarry herself is off to pastures new after five years at the helm, and in a form of ‘fearful symmetry’ we will find ourselves with a sitting GDC chair and an interim CEO and registrar in February. And we all know what happened the last time the planets were aligned in this fashion.

The FGDP is also in a good place. Trevor Ferguson signed off his deanship in great style and has handed over to Mick Horton. They have shown great leadership (and ownership) in relation to professional standards and I hope this heralds a much wider understanding and appreciation of the work they do. The louder their voice, the less others will feel empowered to encroach into this area, which should and must be our own.

Mick Armstrong has brought his own robust but highly articulate style to the role of PEC chair and it has been exactly the right one for the circumstances in which the profession finds itself. No doubt it will be too direct and confrontive for some, but they should get out more. Henrik is cut from the same cloth, and that too is helpful because this will be a crucial term of office for GDPC as the GDS contract changes draw ever closer and more unfathomable.

There is a good balance of people on the PEC, a good management team led by Peter Ward and overall the BDA looks and sounds confident and determined, and we certainly need that. Practitioners can also be content that a pragmatic, ‘real world’ voice will help to guide the CQC with John Milne having arrived there with his extensive GDP and NHS pedigree.

Something in the air

As the bewitching seasonal sound of Aled Jones from his Snowman former life drifts from the department stores, I have a sneaking feeling that one of the last Christmas cards to arrive this year might just be the one we have been waiting all year for. The PSA report on the two whistleblower complaints about the internal workings of the GDC might yet emerge around the time that Parliament rises for its Christmas recess.

Have a great break, enjoy your time off and remember to switch on your practice’s recorded message before you head home. So that’s me done – but only until January of course.