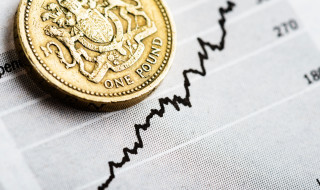 The General Dental Council (GDC) has decided to maintain the level of the annual retention fee (ARF) for 2016.

The GDC claimed it received over 900 responses to its consultation and after care consideration it decided to keep the ARF at the same level as last year: £890 for dentists and £116 for dental care professionals.

‘We are grateful for the time that many people have set aside to give us their views and we recognise the strength of feeling expressed by many dentists and dental care professionals,’ chairman of the General Dental Council, Bill Moyes, said.

‘We hope the improvements to the GDC’s procedures that will be seen in 2016 will go some way to address that strength of feeling.

‘We look forward to working with our partners in achieving our ambition to improve value for money, efficiency and effectiveness, and in ensuring that the system for handling complaints, concerns and feedback is as streamlined as it can be with the most appropriate body dealing with issues that are appropriate for them.’

ARF freeze a choice, not a necessity

The British Dental Association (BDA) has slammed the decision from the GDC saying the decision is borne of choice not necessity.

Sources close to Dentistry.co.uk have claimed that the adverse responses that came from the ARF consultation were noted by the GDC but ignored.

‘The GDC seems determined to cling to its status as the most expensive and least effective health regulator in Britain,’ Mick Armstrong, BDA chair, said.

‘Certainly neither of the fee options that were on the table today ever threatened to take its crown away.

‘Starting to bring registrants’ fees in line with comparable professions could have sent the clearest possible signal that lessons have finally been learned.

‘Instead what we saw was a regulator so wedded to past mistakes that it even dispensed with fig leaf cuts.

‘The GDC’s whole approach to fees is borne of choice not necessity.

‘It is supporting a strategy and a mentality that will see the regulator continuing to operate well beyond its legal remit.

‘We needed to see evidence that the GDC was prepared to focus on its day job, and reengage positively with the profession.

‘Today proves we have a regulator incapable of delivering on needed change, and just why we have a responsibility to challenge its failed leadership and failed governance whenever we see it.’