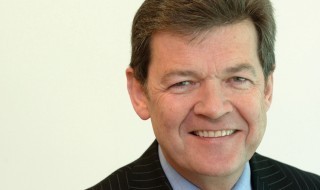 The DDU has announced Rupert Hoppenbrouwers and Bryan Harvey will step down towards the end of 2016.

John Makin will take over from Rupert as head of the Dental Defence Union (DDU), and Leo Briggs will replace Bryan as the deputy head of the DDU.

‘When I started life at the DDU, there were just three advisers looking after the interests of dental members, whereas today we have 15 dento-legal advisers, plus 11 claims handlers and a large team of in-house solicitors,’ Rupert said.

‘The profession has changed radically in the last 28 years, with a huge increase in the incidence of claims and complaints compared to when I started, as well as a major shift in technology from paper to electronic systems, both externally and within the DDU.

‘Bryan Harvey oversaw this shift internally, helping to establish an electronic membership database and case file management system, something that was very important given the increasing complexity and extent of the DDU’s work.’

Rupert and Bryan have been with the DDU for almost 50 years between them.

The DDU will retain the valuable knowledge and expertise of both Rupert and Bryan who will continue to work for the organisation part time in senior dento-legal adviser roles.

‘I feel hugely privileged to take on this role and look forward to building on the firm foundations laid by Rupert and Bryan during their many years of service,’ John Makin said of his appointment.

‘It is thanks to their leadership and enthusiasm that the DDU has attracted so many members and in view of the unprecedented level of demand for assistance, I am delighted that we shall be retaining their knowledge and experience.

‘I am also delighted that I will be working closely with Leo Briggs in his role as my new deputy.’