Fraud could be costing NHS England more than £5bn a year 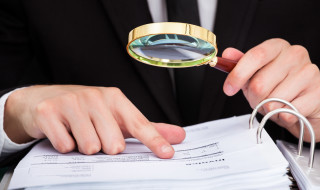 Fraud could be costing NHS England more than £5bn a year

NHS England could be losing around £5bn every year due to fraud, a new report suggests.

The report looked into fraud from pharmacists, general practitioners and dentists and found the most common areas affected include payroll, procurement, prescriptions and registration.

‘There is a vast, honest majority who find fraud against the NHS to be completely unacceptable,’ former NHS anti-fraud boss, Jim Gee, told the BBC.

‘However, there is also a dishonest minority who can cause significant financial damage.

‘The best way of stopping this is not to wait for fraud to happen and then act after losses have been incurred, but to proactively deter and prevent them.

‘Fraud is a cost to be measured, managed and minimised like any other.’

The Government has responded to the report claiming it is ‘full of inconsistencies’.

The report relied on estimates as well as detected fraud to produce the report, and it claimed fraud was likely to cost the NHS between £3.7bn and £5.7bn every year.

‘We do not recognise the figures in this highly speculative report, which is full of inconsistencies,’ a Department of Health spokesperson said.

‘We are determined to stamp out fraud in the NHS through better information sharing to prevent and deter fraud and we are working with NHS Protect on crime risks and trends to do even more in the future.’