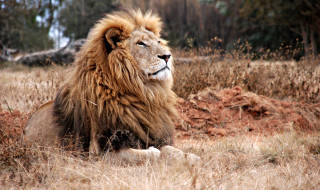 The British media should be held to account for their role in eroding the dental profession’s reputation, says Kevin Lewis.

You probably guessed that this was coming. Yes, it is a ‘Cecil the Lion’ story, but perhaps not the one that you were expecting.

I appreciate that you may have missed this story when it broke in late July. Forgive my cynicism but this seems a tad unlikely, given that it went viral and dominated the world media for several days. Enter Quentin Letts of the Daily Mail (31 July), who sets the scene in a manner that celebrates the best and worst traditions of British tabloid journalism: ‘Poor Cecil the lion. To be hunted by a human was bad enough. To be hunted and shot by an American tourist made it somehow worse. Then came the final indignity: we learned that Cecil, so magnificently maned, had been killed by a dentist. From Minnesota.’

It was the journalistic ‘silly season’, I should point out, and we become accustomed to absolute twaddle being peddled at this time of year. Quentin Letts is known primarily as a theatre critic but is a gifted satirical and often acerbic journalist – and has amused and impressed me on many occasions. But ‘silly’ doesn’t even come close on this occasion and Quentin was not finished yet.

‘Dentists – we call them “pullers” or “fang bandits” – and now, after Cecil the lion, we regard them even more bleakly. Dentists wear masks, just as highwaymen once did. Some of them certainly extract a lot more than rotten molars’.

‘What a way to earn a fortune’, muses Mr Letts, as he trawls the journalistic archives to drag up a raft of stories about dentists who have been suspected of a variety of wrongdoings, or convicted (or charged) with murder and he then even enriches this cocktail with some imaginary dentists from the ranks of Marathon Man and Little Shop of Horrors. It reinforced all the traditional dentist stereotypes, and was all so desperately pedestrian and predictable. In fairness – although you will be struggling to believe this – there was a glimpse of balance in the article, including an acknowledgement that dentists are highly qualified and skilled and play a significant role in the health of the nation. Thanks for that, at least.

‘Dentists are fine people…’ declares Mr Letts, but he still cannot resist the temptation to follow this up with ‘…but still we tremble’. He then points out quite rightly that trembling is a luxury now denied to Cecil. He wields his journalistic pen like a scalpel in the hands of a nimble surgeon.

However much all this grates with us, we should not lose sight of the fact that Cecil himself has paid a much higher price from this shameful episode than the dental profession. But the story grew wings simply because the perpetrator turned out to be a dentist. Had he been a double-glazing salesman it might have been very different.

And people around the world will remember the fact that it was a dentist who killed Cecil, long after they have forgotten that his name was Walter Palmer. And who can remember (even now) the names of the people who organised, facilitated and led this hunting trip? Why is the focus upon the fact that Dr Palmer (because he happened to be a successful dentist) was in a position to pay a large sum of money to these people, rather than focusing on the profit that they were making out of orchestrating the demise of antelopes, bison, at least one rhinoceros and of course, Cecil.

The reputation of the profession is built or eroded one dentist at a time, and in the minds and perceptions of one patient at a time. There are saints and sinners in every walk of life. Patients here in the UK do not read articles like this and assume that their own dentist shares any responsibility or guilt by association because of the exploits of a single dentist from another continent who travels to yet another continent to indulge himself in this way. But that isn’t the point.

The needless and terminal damage to Cecil was done not just by Walter Palmer but by those who aided and abetted him. Nor was he acting as a dentist at the moment when he pulled the trigger. But if any UK dentist feels insulted or angered by the ensuing media coverage, we should have the British media in the cross hairs of our high-velocity rifle, not the hapless Dr Palmer. In that respect at least, Dr Palmer is the wrong target.

But bad news stories about dentists are of course not limited to murderers and hunters of protected species. Outside the tabloids and serial offenders like Panorama, Which? magazine and the Office of Fair Trading, the two most active sources of such stories have been the General Dental Council and one or two of the no win-no fee law firms.

The former would argue that its fitness to practise determinations are a matter of public record and publicising them widely is a perfectly valid means of demonstrating the robustness of its regulation of the profession, and should therefore help to maintain public confidence in the profession rather than diminishing it. I am not so sure about that.

The tactics of the ‘no win, no fee’ law firms who resort to publishing the details of their more juicy settlements in local newspapers, naming and shaming the dentists concerned, makes no pretence of coming from any moral high ground, nor even being done in the public interest. It is driven by nothing more than commercial self-interest, to encourage potential claimants to step forwards and create yet more paydays for the firm(s) in question.

I have made the point on many occasions that bad news stories about ‘other’ dentists simply reinforces the confidence that most patients have in ‘their’ dentist/‘my’ dentist. It locks the back door and provides patients with a compelling reason to stay put and value their current dentist, rather than searching for something better elsewhere.

Perhaps Walter Palmer can put his newly gained infamy to more constructive use on behalf of the profession and put the above parties on notice that they should consider the merits of a dignified silence on matters dental, and tread more carefully in future. In fact, very carefully indeed, because Walter is clearly not a man to be messed with.