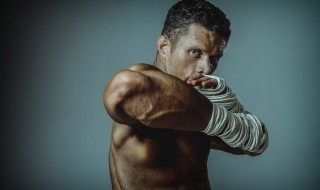 At the last official count, according to the annual report of the General Dental Council (GDC) in 2012, there were just over 100,000 dental professionals registered in the UK. At the time the report was issued, the total number of fitness to practice complaints received by the GDC rose to 2,278, a 44% increase on the 1,578 complaints received in 2011.

Given that the figures for 2013 have not yet been released, we can only assume what has happened to the figures over the last two years. However, such a large increase in the number of fitness to practice complaints received means it’s becoming more likely that as a dental professional you could come up against a complaint which may lead on to disciplinary proceedings at some stage in your career. This can be a worrying prospect for those who have developed a rewarding career – and business – over many years.

So when dentists and dental care professionals find themselves facing proceedings before the GDC, what can be done to protect their interests and safeguard their practice? Carl Johnson explains.

The GDC will investigate and pursue cases where there is evidence to suggest that a dentist or dental professional’s fitness to practice may be impaired. A referral to the GDC could occur if there’s an allegation of deficient professional performance or an allegation of misconduct. Experience has also shown that competence issues facing dental technicians often relate to the construction of dental appliances.

In the real world, the GDC will consider a wide range of matters that may amount to misconduct. These may be related to professional practice, such as poor complaints handling, indemnity insurance issues or even inappropriate relationships with patients. Alternatively misconduct issues may be something outside of professional practice, such as a criminal conviction for fraud or a police caution.

Regardless of the accusation, understandably, dental professionals will feel anxious when facing a possible restriction of their practice, or in some cases the potential loss of livelihood. It’s important that those facing a complaint take a pro-active approach to defending cases with the good legal backing.

If you find yourself in hot water, no matter who you decide to go with, it’s important to choose a professional who has acted in similar cases before. Don’t wait until the final fitness to practice hearing before seeking help; involve your adviser from the initial investigation stage and seek specialist advice before responding to any correspondence from the GDC.

Remember – it’s not unusual for a case to last a couple of years before concluding so you will want to have the best possible starting point for what could turn into a lengthy battle.

How will you know the GDC has a case against you? The GDC will normally write in the first instance indicating that they have received a complaint. In the case of dental laboratories, the GDC will often write to request disclosure of information relating to a particular case in order to determine who ought to be the focus of their investigation. The GDC has a statutory power to request this information and anyone on the receiving end would be well-advised to firstly contact their insurer to alert them to the possibility of a claim. They should also speak to their lawyer as a matter of urgency to look at how to approach any response.

Following the initial contact, the GDC will then conduct their investigations and will make a decision as to whether the case ought to be referred to a hearing before the Professional Conduct Committee, or the Professional Performance Committee if there is concern that a registrant’s fitness to practice is impaired by poor performance. However, if there a concern that fitness to practice is impaired by reason of physical or mental health, the case may be referred to the Health Committee for consideration.

The GDC will then invite the registrant to make a formal response to the allegations which have been made but it’s worth stressing here that there is no obligation to make a response at this stage. Indeed, whether to make a formal response is an important strategic decision which will depend upon the circumstances of the case and the likelihood of avoiding a hearing before one of the committees. At this stage, if you are considering making a response, don’t forget to alert your insurer to the decision before responding as it could prejudice your insurance policy and any claims that you may make (and payouts you may receive).

So what powers does the GDC have? The sanctions available to the GDC are considerable. If you are ultimately referred to a hearing before the Professional Conduct Committee or Professional Performance Committee, the panel will determine if any or all of the facts alleged are proven. If they are not, the case will be dismissed. If allegations are proven, the panel will then consider whether your fitness to practice is currently impaired. If a finding of impairment is made, the panel will then go on to the question of a suitable sanction.

For lesser breaches, a reprimand could be imposed, which is a statement of the committee’s disapproval. This does not prevent the registrant from practising, but as it’s a public event it’s possible that the media could cover the hearing.

Secondly, conditions or restrictions could be imposed on the registrant for up to three years. These restrictions could include additional training or a commitment to taking steps to improve and would need to be reviewed. More serious cases could include a suspension of the registration for a specified period of time, up to a maximum of 12 months.

The most serious sanction of all – erasure from the register – would bar a registrant from working as a dental professional with no ability to seek re-registration for at least five years. Erasure is always done when the committee deems it to be in the public interest. The erasure usually takes effect 28 days after the hearing date, in order to give the registrant the opportunity to appeal the decision to the High Court. However, in some serious cases, an immediate suspension will be imposed.

If the worst happens and erasure is sanctioned, there is a five year hiatus before the applicant can seek to start the process to restore registration. This was set out in the 2006 amendments to the Dentists Act 1984 which imposed this extended time period. However, those dental professionals erased by a complaint made before the new rules were brought in on 31 July 2006 can seek to re-apply to the register after ten months.

The re-registration will involve recalling the evidence which led to the erasure in the first instance. The registrant will then be invited to address the committee and is encouraged to call witnesses to support the re-registration. At this hearing it is strongly recommended to have a solicitor to help with representation.

Because of the range of allegations and sanctions which could be imposed following a fitness to practice hearing, it’s clear that each case requires a bespoke approach. What may work for one professional may not for another and so it’s vital to consider early on whether allegations should be admitted or denied.
Consideration should be given to the likelihood of avoiding a finding of current impairment of fitness to practice and, if necessary, what mitigation needs to be presented to try and avoid one of the more serious sanctions being imposed.

Carl Johnson qualified as a solicitor in 2008 and joined Stephensons in 2010, being made an associate of the firm in 2013. He specialises in professional discipline and regulation. www.stephensons.co.uk