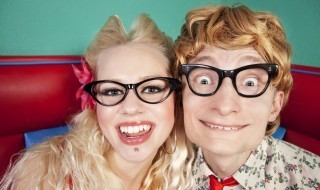 Imagine that you’ve just walked into a high-class restaurant. Its décor is stunning; it has marble floors and the walls are adorned with the finest artwork. As you breathe in the magnificent aromas of the award-winning menu, you are approached by an impeccably dressed maître d’.

You request a table for two by the window but as you do so, you’re aware that she is constantly looking you up and down, studying your appearance from head to toe. Rather than hand you a menu, she instead suggests that you may prefer to eat down the road at a nearby fast food outlet. She informs you that there is no table available, despite there being only a handful of people being served.

Try to imagine how you would be feeling. Shocked and embarrassed, yet equally disgusted. While you may launch into a tirade there and then, what is absolutely certain is that it wouldn’t be long before you were recounting this tale to family and friends.
These days, the story would then quickly spread beyond your closest circles via Twitter and Facebook, allowing dozens, perhaps even hundreds more, to learn of your appalling treatment. The power of social media can never be underestimated. It can help grow your profile and help to destroy it at the same time.

Though this may seem an extreme scenario, how many times a week are you guilty of similar pre-judgment? How often have you made assumptions about a patient’s finances, on the basis of how they were dressed, or where they lived?

Many dentists have admitted to me that they’ve been guilty of this. In my opinion, it’s one of the biggest mistakes dentists can make: that they, like the maitre d’, may well have drawn conclusions solely on the basis of appearance. Some of the consequences of pre-judging patients include:

• Costing yourself many thousands of pounds worth of new opportunities for you and your practice
• Not making them aware of all the options. By doing this, you will be denying them the opportunity to choose their favourite. You won’t even be making them aware of your diverse range of treatments. It is important that you mention all the options
• Missing out on delivering your technical skills. Skills that you spent many hours learning and may well have developed during weekends and nights away from your family. Some of these courses will have cost you thousands of pounds – not to mention the amount of kit you will have invested in, which will now remain in pristine condition in their boxes!
• Never fulfilling your true potential
• Not fulfilling the dreams of your patients.
These last two factors are, in my opinion, criminal.

One of the services I offer is an in-house course held at the client’s practice. I will normally visit the practice the day before to observe their procedures and make recommendations. This will often involve me watching the dentist in consultation with their patients, once their permission has been sought for me to do so.

During one such consultation, it was clear that a genuine rapport had been built up between the dentist and his patient – a woman in her 30s, dressed in jeans and a jumper. She informed him that she was interested in having her teeth straightened as she was unhappy with her smile. She revealed that she’d had a similar treatment when she was a child but because she rarely wore her retainers, they had gone crooked once again and it would then have cost her more money to repeat.

On hearing the word ‘cost’, the dentist launched into a lengthy explanation of all the payment options that were available, such as interest-free or low-cost longer term loans. Intriguingly, the dentist had become so fixated with price that he never enquired as to what the woman wanted to alter, or why she’d decided to embark on the same procedure now.

Despite examining the woman’s mouth, no treatment options were discussed, nor were there any further conversations about what changes the woman wanted to make. On the way out, the dentist even advised her to pick up a leaflet regarding finance options. The patient, who came in with a problem, left the surgery with no potential solutions offered to her. In this instance, I honestly believe that because of the casual way in which she was dressed and her reference to cost, the dentist had assumed that price would be the overriding issue in determining whether the woman would have her teeth straightened.

In reality, a potentially lucrative treatment plan had been allowed to slip away. Even more galling was the fact that the patient herself had actually brought the problem to the dentist’s attention. Think about it, the patient came in with a problem and she left with a problem: a perfect example of the dentist as the person with the biggest problem with price.

Imagine going to the doctors with a problem. You sit down and with little or no rapport, your doctor asks you what the problem is. You give a short explanation and as you are explaining, the doctor is typing out a prescription, which they duly hand over to you as soon as you finish talking. How would you feel? Would you trust the doctor, or any of their recommendations?

Of course, the most likely answer would be no – after all, there has been no examination, no more questions asked to understand what your problem is. If you look at this example, there really is no difference.

I once heard a great statement that has stayed with me ever since. It is so powerful; I live my life around these powerful words, and what’s more, they have changed my clients’ consultations. The statement is: prescription before diagnosis is malpractice. Never discuss what you offer your patient until you fully understand what their problem is, if you do this then it is malpractice.

Ashley Latter is internationally renowned for helping dentists and their teams improve their communication and ethical sales skills. Ashley has also authored two books: Don’t Wait for the Tooth Fairy and You are worth it – feel comfortable communicating your fees & achieve the income your services deserve. See www.ashleylatter.com for more information.