It may be wrong, but is it illegal? 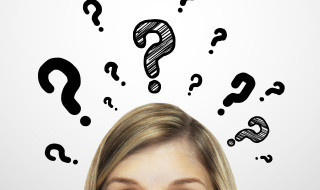 It may be wrong, but is it illegal?

NHS England needs more powers to dictate what care is delivered and how, according to Michael Watson.

Last week my eye was caught by the story of airport shops, which scan your boarding pass before selling you anything.

Like many I assumed this was required for some security reason, but apparently it is not.

For those of you who may have missed the story, the reason that the shops do it is to identify those travelling outside the EU and then claim a refund of VAT for these purchases.

And then they pass on the refund to these passengers?

Er no… they pocket the money and the overseas traveller gets no benefit.

Now airport shops ripping off customers as they wait for their flight to be called is hardly news to anyone who has travelled by air.

It is wrong, but is it illegal?

According to someone from HMRC, which controls VAT, the shops are fully entitled to claim a refund for anyone who travels outside the EU, but are not obliged to refund the passenger the VAT paid.

Closer to home, another story re-emerged, the case of Nottingham dentist, Mr D’Mello, who sparked the biggest recall in NHS history, following concerns over his cross-infection control procedures.

This time it was his nurse, Sally Hague, who was accused at the GDC of ‘a complete disregard for all infection control procedures.’

In mitigation she told the GDC in a letter: ‘We were a very busy practice and I often felt it was almost impossible to meet CQC standards at all times due to the amount of patients coming through the door.’

It certainly was a busy practice, turning out 29,000 units of dental activity (UDAs) a year, almost all of which were delivered by D’Mello.

Applying the same questions as I did with the airport shops, as far as lack of cross infection control was concerned, yes it was both wrong and illegal and those involved have paid the price.

But what about the UDAs with, it appears, one dentist carrying out as many as three or four in a ‘normal’ practice.

Some corners must have been cut; that was wrong but was it illegal?

And could the Primary Care Trust/area team have done anything about it?

There is nothing wrong with having a large NHS contract, many dentists do.

But they usually share out the UDAs and the money amongst several associates.

D’Mello kept them to himself, wrong but not illegal.

A reduction in contracted UDAs would need the dentist’s agreement; any attempt to oppose one could be resisted in the courts.

NHS England can exert influence but its powers are limited to the delivery of UDAs.

Distasteful though it may be, the commissioners will need greater powers if they are to dictate what care is delivered and how.