Katie Price reveals she spent £95,000 on her teeth 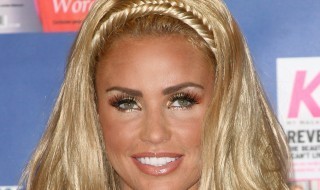 Katie Price reveals she spent £95,000 on her teeth

Katie Price has revealed she has spent over £95,000 on her teeth to give her the perfect smile.

The television personality and glamour model, revealed the amount she’s spent on her teeth during a Fubar radio interview recently, explaining that the dentist she used had appeared on the American TV show Extreme Makeover.

‘I didn’t do it for cosmetics, I fell off a skateboard and cracked my teeth when I was younger,’ Katie Price said during her interview.

‘They were so expensive.

‘When I was in the US, I watched Extreme Makeover and went to see the dentist on there – $150,000 my bloody teeth cost me.

‘It’s still my tooth underneath, but they shave them down so the veneer can sit on them.

Despite being happy with her smile, Katie Price went on to warn people against getting veneers.

‘I can’t bite an apple, I have to chop it,’ she continued.

‘I can’t even bite Sellotape.

‘The teeth have no grip because they’re so smooth.’

1592d
|
Celebrity News
Dentistry Online uses cookies to give the best experience. If you continue to use our site, we will assume that you agree to the use of such cookies. Read More.
Accept