A record number of claims and complaints cases reported 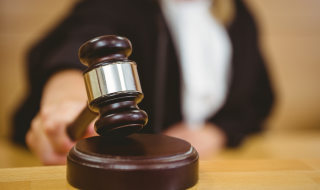 A record number of claims and complaints cases reported

A record number of claims and complaints cases against healthcare professionals has been reported by the DDU.

In its 2014 annual report, the DDU claimed it has never been easier for patients to complain about healthcare professionals, and it revealed that this legal climate has led to a record number of its members asking for support.

‘2014 was another extremely busy year for the DDU,’ Dr Rupert Hoppenbrouwers, head of the DDU, said.

‘We saw a 60% increase in members asking for help with GDC investigations, compared to 2013.

‘At the same time, taking the GDC’s fitness to practise findings as a marker, there is no evidence that clinical standards have deteriorated in any way.

‘The truth is there are many and various reasons why patients bring complaints and claims and it has never been easier for them to do so.

‘In this climate of criticism, it should not be overlooked that the overwhelming majority of care delivered in dental surgeries is excellent.

‘The rise in challenges to dental professionals inevitably places serious professional and personal pressure on those who are called to account.’