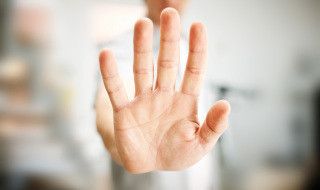 Healthcare regulators, including the GDC, need a radical overhaul of how they operate, Michael Watson believes.

Last week the Professional Standards Authority (PSA), which oversees the health regulatory authorities, including the General Dental Council (GDC), published a critical report of how professional regulation is carried out in this country.

It said: ‘If regulation was going to improve care, it would have done it by now.

‘So it’s time to improve regulation’.

The PSA called for a radical overhaul of the way that bodies such as the GDC operate, if it is to support rather than stand in the way of the serious changes being proposed for our health and care services.

It said that we must ‘understand better what regulation can and can’t do to control the risk of harms, to deregulate in some areas and focus regulation more effectively in others’.

‘We need to remove barriers between professions and create new roles.

‘Health and care regulation is incoherent and expensive and there is little evidence for its effectiveness; if it was going to improve care it would have done so by now.

The British Dental Association (BDA) called for action; chairman, Mick Armstrong, said too many regulators had lost the confidence of their professions.

He said that the people running them ‘are enjoying power without responsibility, and it’s about time they put patients first.’

Meanwhile the GDC appears to be in a state of denial.

Its chief executive, Evlynne Gilvarry, said: ‘we can only go so far’ within the current regulations and she called for a change in the law.

Such change could be on the way.

Eighteen months ago the Law Commission, a body charged with proposing changes to the law, produced a long report on all the healthcare regulators, which the Government said it had accepted for the most part, but has been slow to implement.

The GDC obviously sees itself as a handler of patients’ complaints, judging by how often it refers to the number of complaints it receives.

It is not; its function is to set standards and hold to account the small minority of dentists who do not uphold them.

Most complaints should be resolved within the practice and in the last few days the Care Quality Commission (CQC) has reinforced this advice.

The NHS should resolve complaints about dentists who do not adhere properly the terms of their contract.

But as the BDA pointed out last week: ‘GDC chair, Bill Moyes, took up office two years ago and has repeatedly stated his intention to substantially broaden the remit of the regulator well beyond the statutorily defined boundaries.’

Someone has to stop him.