NHS England backs down over plans for West Midlands 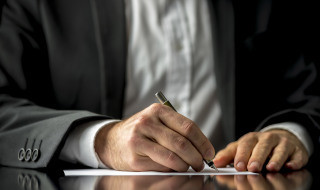 NHS England backs down over plans for West Midlands

NHS England has withdrawn its plans to oblige GDPs to provide information on oral surgery services they’re able to offer.

The concerns raised by the BDA and LDCs were that dentists may be pushed into offering dental treatment that they’re not comfortable with.

‘This is a result for thousands of dentists across the West Midlands, and it shows what we can achieve when we work together,’ Henrik Overgaard-Nielsen, chair of the BDA’s general dental practice committee, said.

‘The BDA and LDCs spoke with one voice, and NHS England responded.

‘And it means Birmingham dentists are not being placed in a position where they could find themselves in jeopardy, or even breach of contract through no fault of their own.

‘We want to see problems solved, and secure the best results for both patients and practitioners.

‘We are seeing clear recognition from the area team that this kind of professional input was welcome.

‘It’s a clear lesson, that if we are to avoid future impasses it will require openness on all sides and an end to last minute announcements.

‘This gives me hope that other areas will act in the same spirit.’