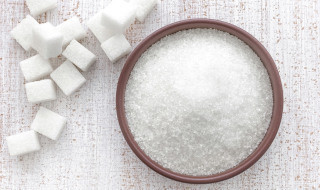 The British Dental Association (BDA) has welcomed moves by some retailers to remove ‘high sugar’ items from sale.

The BDA has insisted that these concessions shouldn’t blind the Government from the task of reducing the UK’s sugar consumption, it has called for ‘radical action’ to reduce the sugar intake including lowering the recommended daily allowance, action on marketing, labelling and sugar taxes.

‘That’s progress, but these symbolic gestures should not disguise the fact supermarkets are still banking on the nation’s sweet tooth.

‘The recent obituaries for Capri Sun, Ribena or Percy Pigs are designed first and foremost to fill up column inches and twitter feeds.

‘PR stunts should not blind government, parents or health practitioners to the need for real, co-ordinated action to address Britain’s addiction to sugar.

‘Tooth decay is the leading cause of hospital admissions among young children, and that won’t be solved by sacrificial lambs offered up in the name of corporate social responsibility.’