What the shooting of Cecil the lion can teach dentists 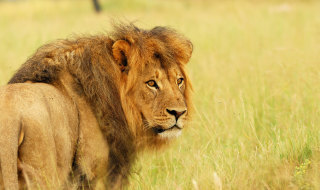 What the shooting of Cecil the lion can teach dentists

Michael Watson covers the recent story about a dentist killing Cecil the lion in Zimbabwe.

Maybe then the story of a lion killed in one of Zimbabwe’s national parks would not have attracted so much attention with condemnation of the hunter going viral and global.

The story was that a Minnesota dentist Dr Walter Palmer shot the 13-year-old famous and protected lion with a bow and arrow on 1 July.

The lion was not killed by the shot but wandered around for nearly two days before being killed by a rifle.

Dr Palmer had apparently paid more than $50,000 for a license to hunt lion with professional guides.

Now the USA has a long tradition of hunting animals in the great outdoors and is also apparently prepared to tolerate the deaths of over 11,000 people a year from gunshots.

So when Palmer put out a statement, through a ‘crisis management consultant’ regretting the death of the lion and saying he had been assured by his guides that the hunt was all legal and above board, he doubtless thought that it would be the end of the matter.

Far from it he has become the target of threats and social media backlash against both himself and his practice.

‘I think (patients) should reconsider their dentist,’ one woman said.

‘There are plenty of other dentists in the community who are animal advocates and good people.’

The media turned up other stories about him, a $2,938 fine for illegally shooting a black bear in Wisconsin and the payment of $127,500 to a former receptionist and patient who accused him of ongoing sexual harassment, an allegation he denied.

Dr Palmer’s practice remains closed and who knows what damage may have been done to his reputation locally.

The lesson for dentists

The lesson for the profession in this country has nothing to do with animal rights or the right of US citizens to bear arms.

It is that all dentists in the UK can be subject to such damaging publicity, which does not happen to most other professions.

It does not help when the General Dental Council (GDC) publicises charges that are coming up for consideration by Fitness to Practise panels, before the case has been considered.

Practices are also vulnerable to adverse reports by the Care Quality Commission.

Such cases are often reported by the local press, where the damage caused can be out of proportion to any harm to the public that may have been done.