A lifetime of plaque management 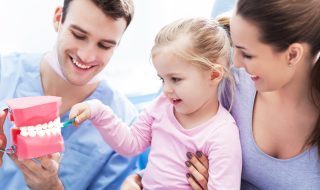 A lifetime of plaque management

Running a successful dental business relies heavily on a practising dentist’s ability to build a patient list for the duration of their career. With this in mind, we consider the changing plaque management needs of patients over a lifetime.

Brought to you by Johnson and Johnson, the makers of Listerine.

We further know that almost one-third of adults in England, Northern Ireland and Wales have obvious tooth decay in either the crowns or roots of their teeth, and 66% have visible plaque (www.hscic.gov.uk, 2009).

Meanwhile, the population is ageing and greater numbers of people are managing to keep more of their natural teeth into old age (Walls and Meurman, 2012), presenting its own challenge in terms of plaque management.

With this in mind, how might the dental professional best approach the issue of plaque management during the various stages of life?

Abanto and colleagues (2012) considered the oral health needs of babies while investigating the effectiveness of tooth wipes to remove dental biofilm. They stated that prevention is key to success, which needs to be driven by the education and attention of caregivers.

This idea is supported by the Scottish Intercollegiate Guidelines Network, which suggests that programmes promoting oral health should be made available to expectant parents to reduce the incidence of early childhood caries. In addition, it is recommended that oral health instruction should start before children reach their third birthday (Arpalahti, Tolvanen and Pienihakkinen, 2013).

It is further considered that caregivers should be urged to facilitate good oral hygiene habits at a very early age to improve the chances that a child can be caries-free at three years of age (Abanto et al, 2012). In fact, it is advised that a baby’s regimen should start as soon as the first milk tooth erupts, which is usually around the age of six months (www.nhs.uk, 2015).

While biofilm can be minimised by either mechanical or chemical means, the former tends to be more widely used to maintain babies’ oral health. Toothbrushes and tooth wipes have been shown to be the most effective methods for removing biofilm in babies, with the latter showing particularly good acceptance by both caregivers and babies (Abanto et al, 2012).

In 2011, Crielaard and colleagues explored the oral microbiota of children at various developmental stages of their dentition in relation to their oral health. They discovered that children’s salivary microbiome differs from that of adults, observing significant differences between primary and secondary dentition.

The authors reported: ‘The children in this youngest age group harboured groups of microorganisms that are not usually associated with healthy commensal oral microbiota (Pseudomonadaceae, Moraxellaceae, Enterobacteriaceae) at relatively higher proportions than older children. Although from our sequencing data it is not possible to draw any conclusions regarding the pathogenicity, it is known from literature that the Moraxellaceae family member Acinetobacter – the genus that contributed most to this difference – is considered to be a major nosocomial respiratory pathogen and has been reported at high prevalence in dental plaque and saliva of hospitalised individuals’ (Crielaard et al, 2011).

Looking at the practical needs of the younger age groups, with between six to nine children in every 10 worldwide affected by tooth decay, Ozdemir (2013) wrote: ‘Having the information and skills to make appropriate decisions about a child’s diet, hygiene, and fluoride use are essential in order to establish healthy behaviors [sic] early in a child’s life.’

The author went on to recommend reducing children’s consumption of caries-promoting sugars, as they are ‘…readily metabolized [sic] by S. mutans and lactobacilli to organic acids that demineralize [sic] enamel and dentin’ (Ozdemir, 2013).

In addition, Ozdemir (2013) suggests that children’s teeth should be brushed with fluoride toothpaste just before bed and at one other time during the day, and that eating straight after brushing should be discouraged to avoid reducing the beneficial effect of the fluoride.

It is noteworthy that children tend to need help with toothbrushing up until the age of 10, largely due to a lack of motivation and undeveloped manual dexterity, so for maximum effect parents should help (Sharma et al, 2012).

As illustrated in Keyes concept, susceptible tooth enamel, plaque biofilm and sugar metabolism leading to acid production all contribute to the development of dental caries (van Loveren, Broukal and Oganessian, 2012).

In the years since Keyes designed his caries model, it has been expanded to take into consideration modifying elements such as the significance of time in caries development, as well as lifestyle, for instance attitudes to oral hygiene, income and education level (van Loveren, Broukal and Oganessian, 2012).

Since one’s way of life plays such a significant role in caries prevalence, patients may well benefit from being educated about the importance of reducing plaque and bacteria in the mouth by making tooth-friendly food and drink choices (resulting in fewer acid attacks), for example chewing sugar-free gum to help stimulate salivary flow or eating a piece of cheese after a meal to help neutralise acids (van Loveren, Broukal and Oganessian, 2012).

In terms of oral hygiene, the effectiveness of a patient’s mechanical cleaning technique is important if fluoridated toothpaste is to achieve its greatest value in preventing caries. On this issue, however, Albertsson et al (2007) wrote: ‘In several individuals, the level of oral hygiene is still insufficient at many sites in order to provide a good plaque control consistent with oral health. During the last years, there has been a reemerged interest in the use of mouthrinses for chemical plaque control as [an] adjunct to daily mechanical plaque control.’

Indeed, mouthwashes offer the benefit of making contact with areas that are difficult to reach, helping patients to improve their home oral care.

Statistical analysis indicates that coronal lesions are more common than root lesions in older patients, with the former occurring ‘…mainly as caries associated with restorations (CARS). There is a dearth of information in the literature about CARS and its etiological variables. Analysis of the available data suggests that it most commonly occurs on the surface of a tooth adjacent to a restoration, at its gingival extent, and in association with overhanging margins to restorations or substantial marginal defects. Diagnosis of CARS is difficult even for experienced dentists, and there is little data available to suggest how it should be prevented other than general caries-preventive strategies’ (Walls and Meurman, 2012).

Walls and Meurman (2012) wrote that all of the risks associated with caries in younger people remain valid in older patients, which means that sugar consumption and an appropriate oral healthcare regimen is still esessntial. However, they do indicate that the elderly are particularly susceptible to two other issues.

Firstly, there is an increasing use of medications with ‘prolonged oral clearance’ within the older population. Although effort has been made to reduce the amount of sugar in medicine for children, the same cannot be said for pharmaceuticals used by the elderly. While some sugar-free variants are available, they need to be specified on any prescription, so generic prescribing and over-the-counter purchases are likely to result in increased sugar consumption (Walls and Meurman, 2012).

The second issue relates to older people who have difficulty taking in sufficient calories, which can lead to the prescription of high-energy drinks, which are ‘….universally sweetened with sucrose and often consumed on an ad libitum basis from a sipping cup or similar device. This pattern of consumption can result in a very high frequency of daily sugar intake’ (Walls and Meurman, 2012).

Considering mechanical cleaning for a moment, elderly people can suffer reduced dexterity as a result of, for example, arthritis in the hands. In such cases, maintaining oral hygiene can become much more difficult but ‘…simple strategies, such as adding silicone ‘handles’ to a manual toothbrush can help. In addition, chemical means of dental plaque control can be advised to supplement physical methods of plaque removal’ (Preston, 2012)

Preston (2012) suggests that any advice given to the older patient should take possible limitations into consideration so that ‘unrealistic expectations’ are not made, for example in the case of interdental cleaning, which can be particularly difficult for patients with reduced dexterity.

Building on the statistical picture painted at the beginning of this article, figures also indicate that 12% of three-year-old children in England have experienced dental decay, ‘…with one or more teeth decayed to dentinal level, extracted or filled because of caries’ (www.nwph.net, 2014). Data also suggests that within the adult age spectrum in England, Wales and Northern Ireland, those between 25 to 34 have the highest prevalence of decay in the crowns of the teeth (www.hscic.gov.uk, 2009). Other statistics, meanwhile, reveal that root caries occurs in twice the number of patients older than 60 when compared to 30-year-olds, nearly two-thirds of people over the age of 80 years have root caries, and up to 96% have coronal caries (www.gmjournal.co.uk, 2015).

All of this suggests that there remains an unmet need across all age groups to improve plaque management.

As Selwitz and colleagues concisely stated: ‘Dental caries is one of the most common preventable childhood diseases; people are susceptible to the disease throughout their lifetime. It is the primary cause of oral pain and tooth loss. It can be arrested and potentially reversed in its early stages, but is often not self-limiting and without proper care, caries can progress until the tooth is destroyed. Therefore, physicians and other healthcare providers should be familiar with dental caries and its causes’ (Selwitz, Ismail and Pitts, 2007).