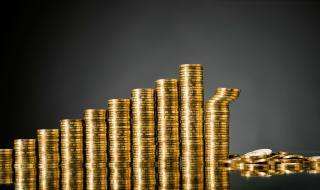 Dentists’ leaders are seeking urgent answers after the Health Secretary announced plans to axe annual pay progression – criticising it for rewarding ‘time in the job’.

Jeremy Hunt revealed that fresh negotiations with NHS workers would focus on how to remove the ‘virtually automatic’ pay hikes, as well as on creating a seven-day health service.

The clampdown follows two years in which dentists receiving progression pay – linked to length of service and skills – saw it effectively chipped away, because they have been denied a salary rise alongside it.

As long ago as 2013, Chancellor George Osborne made clear he would be targeting the system, describing it as ‘antiquated and unfair’, as well as expensive.

Signalling a further shake-up, Mr Hunt told MPs: ‘This will include a renewed focus on reforming progression pay and considering legislation, where necessary, to achieve the Government’s objectives.’

And he added: ‘Pay progression must be related to performance, rather than time in the job, and those who make the greatest contribution should see that rewarded in the pay system.’

Back in 2013, the British Dental Association (BDA) strongly criticised any attempt to link salary levels and incremental rises, which should be treated entirely separately it said.

A spokesman said the BDA would now be attempting to find out ‘what the proposal was in terms of how dentists are able to obtain incremental increases’.

According to the Government, the NHS can face an annual increase in its pay bill of up to £200m – or 2% – purely through progression pay, which can be worth up to 8% to some staff.

In a statement, Mr Hunt said his announcement would build on recommendations on pay progression – for doctors and dentists in training – made by the Review Body on Doctors’ and Dentists’ Remuneration (DDRB).

It followed hard-on-the-heels of Mr Osborne announcing, in the Budget, a fresh four-year curb on public sector pay, limiting wage rises to just 1% a year.

The Chancellor said there was a ‘simple trade-off between pay and jobs in many public services’, even as he acknowledged severe ‘pay restraint’ in the last parliament.

It means pay is highly unlikely to keep pace with inflation, which is forecast to rise 1% by next year and towards the Government’s 2% target over the next five years.