Parents lack of understanding is costing the NHS £22m 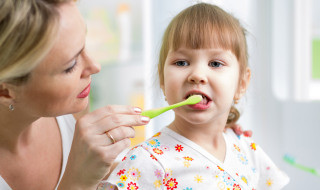 Parents lack of understanding is costing the NHS £22m

Parents’ lack of understanding over the importance of early dental care is costing the NHS around £22 million per year.

The figure comes from new research by My Dentist, surveying over 2,000 UK-based parents, which has shown how dental disengagement has left over 1 million children aged eight and under still waiting for their first trip to the dentist, and more than 700,000 children who have been to the dentist have had at least one filling, each at a cost of £31 to the Department of Health.

‘Early dental care can be a confusing, daunting issue for many parents,’ Barry Cockcroft, former chief dental officer for NHS England and non-executive director at My Dentist, said.

‘As an industry we must work harder to ensure the best and most appropriate resources are available.

‘Better education must support the significant access improvements the industry and its relevant stakeholders are making, in order to build a system where the key drivers of prevention and treatment can work effectively together.’

Many parents don’t take their children to the dentist early enough, according to the figures.

Over half (57%) of respondents didn’t take their children to the dentist until after their first birthday, despite almost 50% saying that there were no barriers to them doing so earlier, and only a quarter (26%) of children brush their teeth for the recommended two minutes per session.

The survey also showed parental confusion over positive factors for oral health and free treatments available on the NHS: