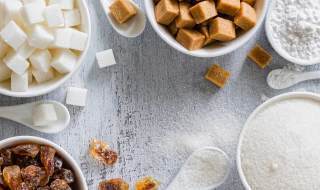 Public discourse on sugar consumption, wherever it originates, has positive implications for the nation’s health, says Kevin Lewis.

You may have noticed that sugar has suddenly been in the news recently. Three months ago, the BBC screened its excellent documentary, The Truth About Sugar, and the pace has not slackened. After years of fat, then (specifically) cholesterol, then salt, being the bad guy, sugar is being unmasked for being not quite as innocent as it appears to be.

I vividly remember that in 1972 as a very recent graduate from The London (now the Royal London or Barts or SBLH according to who you are talking to), bursting at the seams with enthusiasm for preventive dentistry, I was pointed in the direction of a new book written by a British physiologist and nutritionalist. That book was called Pure, White and Deadly, and its author was Professor John Yudkin.

It was compelling, and from the moment I reached the back cover, I have never added sugar to any beverages or (for example) cereal. Of course I have never really needed to, because the manufacturers save us the trouble by putting plenty of sugar into the mix before the stuff ever reaches us. But the significance – for me at least – was that I came from a family where it was de rigeur to have a couple of spoonfuls of sugar in any cup of tea or coffee. I was already hard wired as a sugar junkie without realising it and it certainly wasn’t easy to go ‘cold turkey’ on added sugar.

What followed was an object lesson in the power of the food industry and more specifically, the incredible clout of the sugar industry. Yudkin’s work was systematically undermined, discredited, trivialised and ridiculed. Articles that had already been accepted for publication in respected journals mysteriously disappeared and never saw the light of day.

He was ‘uninvited’ to major scientific and medical conferences and prestigious lecture invitations were withdrawn. He and his research colleagues suddenly found themselves as pariahs. Their views were potentially too expensive for the all-powerful sugar industry and they had to be silenced. And they certainly were.

Yudkin died about 10 years ago, but at least had the satisfaction of knowing that pretty much everything that he said turned out to be true. An inconvenient truth for the sugar industry to swallow, perhaps, but true nevertheless.

It was a pity, however, that it took until a few years after his death for Yudkin’s battle-scarred flag to be picked up by another eminent scientist, this time from across the pond. Robert Lustig, who is an eminent and highly respected professor of paediatric endocrinology at the University of California, tracked down a copy of Yudkin’s (then) out of print book, and described John Yudkin’s work as ‘prophetic’.

‘Without even knowing it, I was a Yudkin acolyte. Everything this man said in 1972 was the God’s honest truth and if you want to read a true prophecy you find this book… I’m telling you every single thing this guy said has come to pass. I’m in awe’.

Lustig and his followers have called for sugar to be publicly regarded as an anti-health agent, in the same way as alcohol and tobacco, and for foods and drinks containing sugar to be taxed in proportion to their sugar content, labelled with health warnings and banned for anyone under 18.

But history, it seems, is already repeating itself, because if you look up Robert Lustig on Wikipedia, you will find many studies cited there that criticise, rubbish or reject Lustig’s views. The Telegraph has reported that nearly two-thirds of those studies were funded by Coca-Cola. At least Yudkin’s book is now back in print in case you are interested. And I believe that you should be.

Only a few days ago a study from the US was published in the medical journal Circulation. Although the study itself was from the US, however, it was a major distillation – or should I say fermentation? – of 30 years worth of data from over 50 countries around the world.

Laying side by side the data relating to the availability and consumption of sugar, and the data from the same countries relating to the incidence of diabetes, obesity and related conditions like cardiovascular disease, cancer etc, the senior author of the collaborative study pulled no punches: ‘Many countries have a significant number of deaths occurring from a single dietary factor: sugar-sweetened beverages. It should be a global priority substantially to reduce or eliminate sugar-sweetened beverages from the diet’.

He continued: ‘This is not complicated. There are no health benefits from sugar-sweetened beverages, and the potential impact of reducing consumption is saving tens of thousands of deaths each year’.

The study suggests that sugary drinks – including so-called ‘sports’ and ‘energy’ drinks, fruit drinks, fizzy drinks, and other forms of manufactured and homemade sweetened drinks, may well be responsible for the rapid increase in many kinds of disease.

A whole generation of young people are putting away monumental quantities of sugar without realising it, and unwittingly predisposing themselves to a life reduced in its quality because many of them will succumb to cardiovascular disease, diabetes and cancer (in particular), and for many their lives will be shortened as a result. The sugar time bomb may be ticking loudly now, but how many of those hearts will still be ticking in a few decades from now, remains to be seen.

The irony is that many of these sweetened beverages are marketed as healthy options, and yet are making people less healthy in the process. Enter Damon Gameau, an Australian actor who was a self-confessed junk food and tobacco junkie until he met his girlfriend. Over the next few years, her influence has guided him to becoming a self-confessed health food junkie.

The story of the 60 days he spent, much to the enrichment of the rest of us, consuming 40 teaspoons of sugar a day that were hidden in foods that were portrayed as being the ‘healthy’ option, is told in a book, That Sugar Book, and a documentary film, That Sugar Film. You can get a sneak preview of the latter on Youtube and it is well worth getting your head around it. Prepare to be shocked at the medical consequences of just 60 days on a supposed healthy diet.

But in such a fast changing world it is reassuring (or sickening, according you your taste) to know that some things remain the same as they were four decades or more ago when John Yudkin published his findings and opinions – and reaped the ensuing whirlwind for his efforts. By this I refer to the immensely powerful and influential propaganda machinery of the sugar industry, which moved at the speed of light to rubbish the research published in the journal Circulation that I mentioned above.

The British Nutrition Foundation has for almost half a century been prominent amongst these lobbyists on behalf of the food and drink industry, with its officers and committee members including a veritable roll call of people with past and present links to the sugar industry, the food and drink giants and the supermarkets that put the products in the hands of consumers.

Its corporate and ‘sustaining’ members include Tate and Lyle, Coca-Cola and Pepsi, Mars, Nestle, and every major food and drink retailer you have ever heard of. It helps to explain why the word ‘sugar’ does not appear anywhere in its public information on diabetes.

You may have noticed that I haven’t mentioned the role that sugar plays in tooth decay. Nor do so many of the articles and programmes linking sugar consumption to other high profile medical conditions.

And nor does the British Nutrition Foundation, you can be sure of that. But we can and should welcome and surf the wave of anti-sugar campaigning from wherever it happens to originate.

What’s good for cardiovascular health and the prevention of obesity, diabetes, and many forms of cancer, it’s good for teeth too and when it comes to getting the patient’s attention and finding new ways to motivate them to change their dietary behaviour, all help is gratefully received.