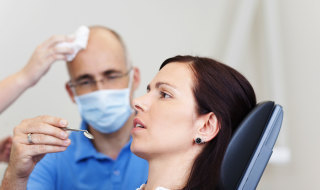 Mick Armstrong believes dentists should be allowed to do their jobs without oppressive regulation and thinks the current fear culture must be addressed.

The BDA chair made the remarks at a Westminster Health Forum event recently where he also said that dentists must be heard and allowed to assert their professionalism in order to treat their patients and assure continued improvements in the oral health of the nation.

‘We are working in an uneasy atmosphere of enforced compliance, with limited support, limited understanding and even less empathy,’ he said.

‘One more akin to a punitive penal code than a healthcare system.’

Mick Armstrong continued by highlighting high levels of satisfaction with dental treatment, the positivity from patients and the high CQC compliance rate.

He called on policy makers and government officials to celebrate the profession rather than denigrate it.

Mick Armstrong argued that the current environment doesn’t create confident and positive professionals claiming many live in fear of being hauled in front of the GDC.

He called for a new approach to regulation that is joined up and supports and enables dentists to treat their patients, and not one that stifles and scares, warning that future improvements in oral health care are not sustainable unless dentists are given the opportunity to get on with their jobs.

‘Trust us, and accept and recognise, even celebrate, the good work we do…don’t repeatedly attack the dental budget, but invest in it,’ Mick Armstrong concluded.

‘Make us a valued part of whole person care.

‘Make us positive professionals once again: enable us to do the best for our patients.’