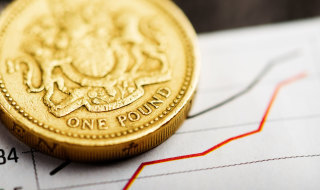 Following the promises made in the election campaign the main focus was, unsurprisingly, on cuts to welfare spending.

This will undoubtedly benefit many dentists as the majority are higher rate taxpayers.

The tax-free personal allowance – the amount people earn before they have to start paying income tax – will increase to £11,000 in 2016-17.

Many dentists invest in buy-to-let property – a strategy that is already under pressure from decreasing yields.

Landlords who currently receive tax relief at 40% and 45% on their costs – including mortgage interest – will be restricted to claiming 20%.

This is to be phased in by April 2020 and puts further pressure on buy-to-let yields.

The dividend tax credit (which reduces the amount of tax paid on income from shares) will be replaced by a new £5,000 tax-free dividend allowance for all taxpayers from April 2016.

Tax rates on dividend income will be increased and are likely to affect those dentists who take income in the form of dividends.

A major ‘root and branch’ reform of pensions was announced with a green paper for consultation to be published shortly.

The implication is that tax relief on pensions may be reduced and tax-free access to pension pots further eased.

Those dentists with incomes over £150,000pa will be restricted to claiming tax relief on no more than £10,000 of pension contributions.

This may make the NHS pension significantly less viable for dentists with this level of income.

Jon Drysdale, an independent financial adviser from Chartered Financial planners PFM Dental, says: ‘This budget didn’t contain too many surprises, although dentists who have incorporated will need to consider their remuneration strategy carefully due to dividend tax reform.

‘Landlords were hit with the withdrawal of some tax relief and this may see buy-to-let yields fall significantly.’