NHS appointments ‘frustratingly difficult’ to get according to Which? 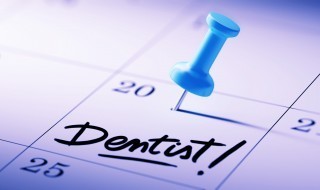 NHS appointments ‘frustratingly difficult’ to get according to Which?

Michael Watson responds to Which? claims that NHS dentists are not offering NHS appointments.

Its undercover researchers called 500 dental surgeries advertising on the Government’s official website, NHS Choices, as accepting new NHS patients to see if they could book an appointment.

They found that three in 10 (31%) practices said ‘no’ because they didn’t have availability.

Of those that did offer them an appointment, 29% couldn’t see them within two weeks, with one surgery saying they could book but with a wait of eight to nine months.

Which? is asking the Competition and Markets Authority to step in and ensure dentists comply with existing rules.

Which? also found practices making people jump through unnecessary hoops before booking an appointment, like visiting the surgery to fill out forms.

Some were even asked to pay deposits, and in one case researchers were told this was non-refundable if we missed the appointment, but neither of these practices is permitted under Government legislation.

Long waiting lists for new patients were also an issue, and they saw one practice that had a list 13 pages long and another that predicted a wait of two years.

Some practices also suggested that their researchers pay privately to see a dentist, despite fieldworkers specifically asking for an NHS appointment.

Which? repeated its research near the beginning of the new financial year to see if the information would improve when dentists got their new budgets, but it found an even worse picture.

Nearly four in 10 (37%) surgeries wouldn’t give an NHS appointment and around a third (36%) couldn’t see them within a fortnight.

Which? executive director, Richard Lloyd, said: ‘We found it’s frustratingly difficult to get an NHS appointment with a dentist as information about availability doesn’t reflect reality.

‘This is a kick in the teeth for patients and yet more evidence of poor communication from the dental sector.

‘We want the Competition and Markets Authority to step in and ensure that dentists put the existing rules into practice so that people can easily find out where they can get NHS dentistry.’

The British Dental Association (BDA) has responded angrily to the findings and points out that it has consistently called for action on the comprehensively flawed payments system at the heart of NHS dentistry.

Mick Armstrong, chair of the British Dental Association, said: ‘When dentists “over perform” and treat more NHS patients than they are allocated, they pay for it out of their own pockets.

‘Many would like to see more patients, but this is impossible within rigid contracts.’