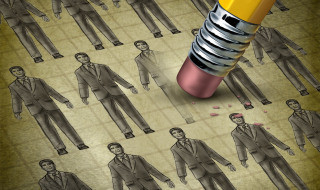 The BDA and the BMA have responded jointly to the staffing review and suggested restructure at Public Health England (PHE).

The decision to undertake a strategic review of PHE was made in April 2014 by the National Executive and the 2014-15 business plan, published in May 2014, originally stated PHE would ‘carry out a comprehensive strategic review of our functions and purpose to ensure that we deliver our responsibilities in the most efficient and effective way, doing more and new for less by October 2014’.

‘We have grave concerns that mooted cuts at Public Health England are being driven purely by the clamour for “efficiency savings”.

‘A review that is not based on evidence or workforce need represents a clear risk to public health, for little to no gain.

‘Consultants in dental public health should be a vital part of the future integration of health and social care.

‘Tooth decay remains the number one source of hospital admissions among our children, and this small group offer expert knowledge that should represent an invaluable resource for any decision makers trying to provide a joined-up response.’

The BDA believes further cuts to dental staff will undermine the delivery of vital public health services, and the future of public health dentistry.

There are currently 26.75 whole time equivalent (WTE) consultants in dental public health posts in England, compared to a budgeted establishment of 40.15 for 2014/15, with a pre-consultation suggestion by PHE of funding for 29 WTE posts, the specialty is looking at an arbitrary 28% reduction in staff resources.

This is in the context of 20% savings required by PHE across the board, and comes at a time when unacceptable and preventable inequalities in health, including oral health, across the country remain to be tackled, with consultants in medical and dental public health at the heart of any action.

‘It would be simple negligence to let government accountants reduce them to a mere budget line, and a target for cuts,’ Mick Armstrong continued.

‘What we are not seeing is anything resembling a joined-up strategy.

‘PHE should be working with stakeholders like NHS England as dental commissioning develops and the general dental services contract is reformed.

‘Certainly any outcome from this review should be delayed until the new chief dental officer is in place to consider public health as part of a coherent plan to deliver improved oral health.

‘Good oral health is a vital part of overall health and wellbeing and we strongly believe this restructure is a move in entirely the wrong direction at an important time.’