NHS dentistry ‘not fit for purpose’ in 10 years’ time 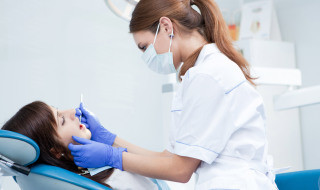 NHS dentistry ‘not fit for purpose’ in 10 years’ time

Seventy-two per cent of dentists believe that NHS dentistry will not be fit for purpose in 10 years’ time.

Adding some fun to election day on 7 May, but asking some serious questions about dentistry and the future of the NHS, a poll, carried out by Practice Plan at the British Dental Conference and Exhibition in Manchester, also reveals that the majority of dentists (66%) do not think that, going forward, NHS dentistry will be able to provide the right balance of treatment versus prevention.

‘Since the election, we have struggled to gain any concrete understanding of what the future holds for NHS dentistry since, it is sad to say, David Cameron overlooked its significance in his first post-election speech, which was all about the NHS,’ Nigel Jones, Practice Plan’s sales director said:

‘Dentists have been promised much in the past in terms of providing the very best care for patients and fair remuneration within the NHS, and the Conservative party needs to let them know where they now stand with it.

‘Otherwise, who is to say how many more dentists would be concerned that NHS dentistry won’t be fit for purpose – if Practice Plan were to ask the same questions in 12 months’ time?’

Who can be trusted?

While a third (33%) of dentists thought the Conservatives could be trusted with NHS dentistry, a similar number (29%) felt that none of the political parties could be depended upon.

The poll also revealed that if they were in David Cameron’s shoes, the majority would support NHS dentistry through increased spending, closely followed by wanting to change the current contract.

These feelings were further reinforced by respondents finding a lack of time and the potential financial repercussions of the units of dental activity banding system the greatest challenges they face in the present climate.

‘It was great to see dentists being given the opportunity on the 7 May not only to vote in the general election but also to indicate how they feel about dentistry and the NHS,’ Nairn Wilson, president of the BDA, said.

In addition, with cosmetic treatment considered by dentists to the biggest influence in dentistry at the moment, expanding beyond NHS care seems a distinct possibility for those who have not already done so.

Over 130 people completed Practice Plan’s poll at the BDA Conference.

The aim of the poll was to provide a snapshot of perceptions about the future of dentistry alongside the general election.

When thinking about retirement take a step back and find a ‘challenging friend’, says Iain Stevenson. What does 2022 have…