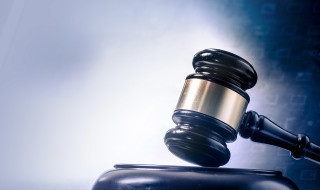 A parliamentary committee has been urged to investigate the suspension of a dentist on ‘trumped-up charges’.

Peter Bottomley, a minister under Margaret Thatcher, also urged the Commons health select committee to return to the vexed issue of regulation, following the general election.

In the last parliament, the committee quizzed the GDC’s leaders, after which its Tory chairwoman criticised their performance, particularly on the controversy over the GDC’s hike in fees.

Speaking in a Commons debate on the Queen’s Speech, Mr Bottomley (pictured right) launched a fierce attack on professional regulation, also taking in both doctors and leasehold properties.

And he told ministers: ‘I have the case of Dr David Barnett, a good dentist in my constituency, who was reported to the dental regulators on trumped-up charges and has not been able to practise for over six months.

‘I am going to take that up with them, but I hope that the health committee, without taking up individual cases, will look at a collection of cases and ask: “Is there a pattern where there could be change?”’

It is understood that the case against Mr Barnett followed a number of complaints after he left one dental practice in Worthing in order to set up his own.

Speaking to Dentistry, Sir Peter said he had written to the GDC to protest that there was no substance to the charges and that the regulator was ‘being used’.

He said: ‘They should look at the case and the communications they have received, lift the suspension and account for the actions they have taken over the last few weeks.’

A GDC spokeswoman said an interim suspension had been imposed, adding: ‘This case is on-going and we therefore won’t comment as a final outcome has to be decided.’

Mr Bottomley did not explain his accusation.

However, the GDC website lists a David Ian Barnett as having attended a hearing in Fleet Street, London, on 20 March.

It states: ‘The Interim Orders Committee suspended Mr Barnett for a period of 18 months.

‘This decision will be reviewed within six months.’

During his speech, Mr Bottomley linked his concerns over the regulation of dentists with leasehold properties, where residents are ‘exploited by managing agents and by freeholders’.

And he accused hospital trusts of ‘using their steamroller powers to treat good doctors badly’, with grievances dragging on for years.