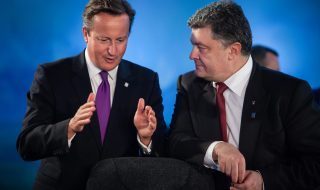 The British Dental Association (BDA) has called on the Government to issue a timetable on its plans to reform health regulation.

Today’s Queen’s Speech was devoid of references to reform of healthcare regulation, whilst in 2013, in the wake of the Francis Inquiry, the Prime Minster pledged to ‘sweep away’ the ‘outdated and inflexible’ law governing health regulators.

The call was supported by professional associations, trade unions and the healthcare regulators themselves and so the UK Law Commissions subsequently produced a draft bill on reform of healthcare regulation, but it has not secured any parliamentary time.

‘That regulation is meant to protect the public, but antiquated laws have come at cost, and not just in time and money.

‘It has hurt patients and practitioners, and it needs to change.

‘This government needs to make time to fix a broken system of regulation.

‘The Law Commissions have already produced a draft bill that could represent at least a starting point.

‘The Department of Health has not been tasked with a single bill in this session, so let’s keep officials from twiddling their thumbs.

‘The Prime Minister made a pledge, and both patients and practitioners expect it to be honoured.

‘We call on the Government to set out a clear timetable.’