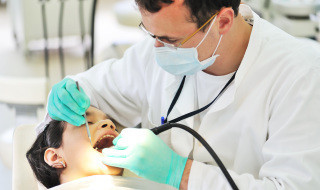 Professor Jimmy Steele’s comments, highlighting the gulf between his vision for contract reform, and the prototypes, have been welcomed.

A small number of prototypes will be starting in September this year, testing two different remuneration models.

In the type A prototypes, what is currently band one care will be rewarded via capitation payments, with band two and three activity paid via units of dental activity (UDAs).

In type B, band one and two care will be paid by capitation, with band three work only paid via UDA payments.

‘One is unambitious, the other unacceptable.

‘The Department of Health’s unwillingness to let go of discredited activity targets will undermine both reform models, fatally in the case of type A.

‘If the Government really wanted to put prevention at the heart of NHS dentistry we would be looking at prototypes based on 100% capitation.

‘That option may not be on the table, but the further we move from that goal, the more our patients and our profession will lose out.’

In an event at the BDA conference in Manchester, Professor Steele made clear that type B is ‘closest to the balanced approach’ set out in the landmark 2009 Independent Review of the NHS Dentistry in England.

The BDA has suggested that practices in type B prototypes will have a much better experience, with its reduced emphasis on UDA targets.