Out of this world 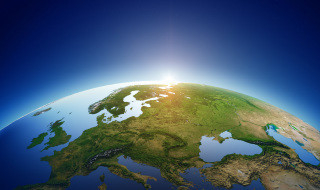 Out of this world

Kevin Lewis reviews the NHS’ ‘never events list’ and what might happen if a ‘never event’ is reported to the GDC.

Depending upon whether you are reading this column before or after 8 May, when the outcome of the general election will have been decided, you may be feeling on top of the world, out of this world, or in a new world altogether.

At the time of writing the jury is still out on what the result will actually mean in practical terms for the new UK government and what it can expect to be able to achieve in its first parliamentary session. But since I am not a clairvoyant, I think it is safer for me to steer clear of any election-related comments in this column because there is significant potential for me to look and sound like an even bigger idiot than usual. But for the record, I did know that an election was happening, even if I fail to mention it again for the next 1,000 words or so.

Just over a month ago, NHS England published what it calls its ‘never events list’ for 2015/2016. Taking effect from 1 April 2015 and current at that date, this is a list of things that should never happen to a patient receiving NHS care and treatment.

The document is intended to provide guidance and clarity for NHS staff and managers providing and commissioning NHS funded services who may be involved in identifying, investigating or managing ‘never events’. With that in mind, you wonder which part of ‘never’ the authors are struggling to understand when providing guidance on what to do when they happen.

This is, first and foremost, a document covering some of the undesirable things that might happen in association with medical interventions and associated nursing care. It is the best advert I have seen for staying well clear of hospitals and medics if at all possible. But dentistry does get a (dis)honourable mention when clustering ‘wrong tooth’ with ‘wrong patient’, ‘wrong side’, ‘wrong limb’, ‘wrong organ’ and even ‘wrong eye’. Ouch. Not included here are incidents occurring when incorrect or unclear referral letters leading to the wrong tooth being removed. Apparently wrong instructions aren’t a ‘never event’.

I may be proved completely wrong here, but I would have thought and perhaps even hoped that ‘wrong eye’ was a much rarer occurrence than ‘wrong tooth’. The average patient, after all, only has two possible eyes to choose from, but up to 32 teeth offering the potential to confuse.

I fully accept and understand that it should not be beyond the wit of man, woman or anyone else, to design a system that is so full of sensible checks and practical safeguards, and so secure that the possibility of a wrong limb being removed or otherwise tinkered with is rendered unimaginable.

In principle the same should be possible where teeth are concerned but never? Never ever? Are we still living in a world populated with living, breathing humans? Or have we all been transported to a different world, populated only by natives of the Patient Safety Domain of NHS England? (PSDoNE).

I guess that is what the patient safety debate is all about. Why put up with something bad if it really doesn’t need to happen at all, let alone keep happening? And what is our appetite for accepting that bad stuff will probably keep happening once in a while, or conversely, for taking a ‘zero tolerance’ approach and enforcing the perfect world that we would wish for.

On planet PSDoNE perfection is the order of the day and nothing less will be accepted by the managers who themselves are without blemish and who rest free of any kind of opprobrium from the second they fall asleep.

Once something is categorised as a ‘never event’, it raises the prospect that the only possible course of action if the unacceptable and unimaginable should ever transpire, is to refer those responsible to their professional regulator. It becomes underperformance by default. But where in that chain of command have we got it so wrong?

In the very fact of the adverse event? In managing a healthcare system that allowed it to happen, and/or failing to put the checks and safeguards in place? In having classified it as a ‘never event’? Reach for your voting buttons and your own conclusions.

It is a classic example of the unintended consequences that can flow from perfectly good intentions. The same good intentions that are known to pave the road to hell, can clearly be identified paving the road from Skipton House in south east London (home of the patient safety domain team) up to the west end of London and the Wimpole Street home of the GDC.

So enter the GDC once again. Yes, I know what you are thinking. Again.

What might happen if a ‘never event’ is reported to the GDC? Here is a seemingly credible and authoritative NHS document saying that in 2015 something should never, ever happen. The source of this document shares the same ‘patient safety/patient protection’ DNA as the GDC. So if and when the event does happen, this does not bode well for how this might be viewed by the GDC case officers. Whether a greater sense of sanity might prevail at an investigating committee, is anybody’s guess and it very much depends on who it consists of. But I wouldn’t be prepared to bet on it.

A principle well established in regulatory (GMC/GDC) cases is that a single, isolated event should not – other than in the rarest and most extreme of circumstances – result in any interference with the registration of the medical or dental health professional.

There are glimmers of hope that the GDC may at last have recognised too many ‘single event’ cases have been finding their way through to the professional conduct committee. If so, this realisation will be welcomed by everyone except the inhabitants of planet PSDoNE who would doubtless be aghast at the possibility that the GDC might decide it is entirely possible on the wrong day, a ‘never event’ might just happen. Which is exactly what the GDC is meant to be doing, and this example encapsulates why the GDC and its committees and panels need to understand the reality of the professional environment in which dental professionals work. It is an imperfect world. A real world.

There is a debate to be had around whether the GDC should restrict itself to matters that have been complained about, or has a legitimate statutory mandate to be more proactive – widening a single event case by embarking upon a shopping trip of auditing other cases. But once you open the ‘proactivity’ box on the premise that it is your statutory remit, you can’t then close it again at will, when it suits you.

I do not subscribe to the view that the GDC is to blame for the recent debacle surrounding all the dental degrees conferred upon Cardiff graduates since 2010 (these degrees have been found to be invalid because nobody had sought formal approval from the Privy Council for the new degree-conferring authority to be recognised for registration purposes under the Dentists Act). The fact that all the affected young dentists need to be formally removed from the register (and then re-instated as proud recipients of a 2015 degree) is the fault of the university.

The GDC could be criticised for its failure to be sufficiently proactive in checking all the ducks were in a row west of the Severn Bridge, when the transition occurred in Cardiff five years ago. But that is in my view the full extent of its responsibility. What it has done since then, given the statutory constraints it faces, should actually be applauded.

The GDC has certainly been getting a lot wrong in recent years, and has surprised us all with its appetite for doing so, but this is an occasion where for the most part it is doing its job within the law – and to be fair, looking for practical solutions and a sensible, proportionate landing from a difficult legal and administrative dilemma that was largely not of its making. Let us hope that it is a portent of better times ahead and a return to sanity.