A new CDO for England 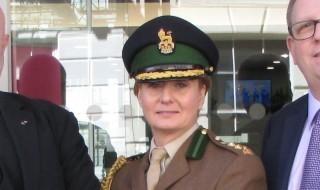 A new CDO for England

When NHS England announced the appointment of Sara Hurley as chief dental officer (CDO), it ended weeks of speculation, some well-informed, much not so.

As a former dental officer in the Royal Army Dental Corps, I am probably biased in welcoming the current head of the Army Dental Service to her new appointment.

However, her qualifications and CV are impressive and she has been described by someone who has recently met her as a ‘breath of fresh air’, something NHS dentistry needs right now.

I retired from the army long before she qualified, so I cannot claim to know her, but I did what we all do, I ‘Googled’ her.

I came across some work she had done a few years ago and a paper (Hurley and Tuck, 2007) she co-wrote on improving the dental fitness of the army, by altering the strategy for treating recruits, which was successfully implemented.

What interested me was that this project identified the problem and, within the existing budget, delivered a better outcome.

Problems in the NHS

The problems in the NHS are different from those in the army, the major issues being the care of children, the needs of an ageing population and periodontal disease not showing any improvement.

To improve outcomes the new CDO will need to look beyond delivering units of dental activity (UDAs) and making changes to the existing contract.

At present the contract holder decides what treatment to do in order to deliver a UDA target.

This may do nothing to improve oral health and stop children being referred for extractions under general anaesthetic.

A breath of fresh air may be invigorating but is not always comfortable.

However, let us hope that Sara Hurley brings new thinking to the delivery of dental services in the NHS.

Hurley SJ and Tuck J (2007) Improving the dental fitness of the British Army by changing the strategy for dental care provision for recruits from a vertically equitable model to a horizontally equitable model. Mil Med 172: 1182–1185