Moving the goalposts – dealing with an unpredictable future 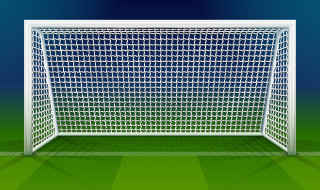 Moving the goalposts – dealing with an unpredictable future

Sam Brice, marketing manager at DPAS Dental Plans, explains how, with all the unpredictability surrounding the general election and the new dental contract, you can still create a predictable income for your practice.

Whatever profession we work in, owning and running a small business brings with it a significant amount of pressure. The pressure to succeed, to protect the livelihoods of those we employ, not to mention the necessity to maintain professional standards and keep up with regulations and compliance.

All of these things are difficult enough to deal with when things are running smoothly, but when we add a dose of uncertainty into the mix, running a business can become very challenging. The recent recession is a perfect example of this – unlike previous recessions relatively few people lost their jobs, they took pay cuts or pay freezes as an alternative. But what did happen was that life became very uncertain. No one was quite sure what was around the corner and some of the most stable institutions in the country, such as the banks, came under severe pressure, which again undermined the public’s confidence.

Due to the influence of political organisations, the healthcare environment is always a little unpredictable and dentistry certainly suffers from its fair share of uncertainty. Although not all practices deal directly with the NHS, every practice is affected by the decisions that are taken within an NHS context. Indecision about the new contract for example, is affecting every practice and helping to define the decisions they make.

It is likely that the new contract will usher in a more competitive environment in dentistry, where the battle to attract more registered patients will become fierce, so NHS and mixed practices could become distracted by this issue. On the other hand a less than attractive NHS contract is likely to drive even more practitioners towards privatisation, increasing competition in this sector simultaneously.

Whatever the outcome, the uncertainty that has surrounded the profession since the initial publication of the Steele Report in 2009 has led to difficulties in decision-making. The forthcoming election also adds an extra dimension to the scenario, although currently the general pathway of the new contract seems set, whatever the make-up of the new administration.

Aside from these external influences, we can also consider predictability on a micro level within individual practices. The need to build a business on a secure level of regular income is of course obvious, which is why a robust recall system is often considered the lifeblood of a successful practice. Without the certainty of patients returning each month it is difficult to make investment or growth decisions, so the more predictable you can make this aspect of your practice the easier your business is to manage.

The benefit of a dental plan in ensuring a consistent level of income is undeniable. By encouraging patients to sign up to a monthly plan you are in effect tying them into your brand, encouraging loyalty and generating more predictability for the future. Once a patient has signed up to a plan and are paying a monthly fee, they are much more likely to remain loyal and to continue to attend regularly.

Such an allegiance is difficult to break and this has been evident in recent years in the loyalty shown to banks and utility companies. Once a choice has been made, customers are generally keen to avoid the headache of switching and this attitude is even more entrenched when individuals are paying by monthly direct debit. According to research by BACS, the online payment scheme, over 79% of the population has a positive attitude to direct debits. Of course plan patients won’t be treated any differently to fee per item patients, but the income generated by them is generally something that can be relied upon, offering a degree of certainty in an unpredictable environment.

All kinds of external organisations contribute to the unpredictable environment and continuously move the goalposts of the economy and of healthcare provision, making the maintenance of a steady business something of a challenge. As we face the coming months and the possible turmoil caused by the general election in particular, dentists must do everything they can to take control of their own destinies and plan for the future.

Even for those practices that are certain they will maintain the status quo – be that fully private, fully NHS or any shade in between, the dental landscape will undoubtedly change. Although no one can predict the future, every practice should be taking steps now to make themselves as adaptable and flexible as possible, so they are ready for whatever comes next.

To find out how you can benefit from DPAS’ flexible, comprehensive and effective dental plans, call 01747 870910 or visit www.dpas.co.uk.