Eddie Crouch responds to the ‘seismic shift’ in prototype contracts 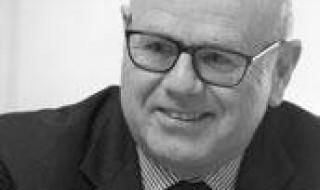 Eddie Crouch responds to the ‘seismic shift’ in prototype contracts

You can tell when there is a general election; the politicians get themselves photo opportunities, preferably with a baby being kissed.

Seeing Lord Howe in one of the short listed prototype practices is as close as you will get to that, after all the contract reform process in its latest guise is the minister’s baby for dentistry. Although as an unelected member of the House of Lords, Lord Howe’s place at Westminster is guaranteed irrespective of 7 May, albeit his brief post-election may not be dentistry.

He described the new version of payment as being seismic. The return to units of dental activity (UDAs) in the prototypes is the most disappointing modification of the new ‘big bang’. When one studies the complexity of the payment mechanism between capitation, activity and the Dental Quality and Outcomes Framework (DQOF), you will need logarithm maths qualifications to keep track of how your contract is performing.

Sixty two of the original pilots have been offered the chance to continue into prototypes, those rejected have been told that the Department of Health (DH)/NHS England is protecting them from financial difficulties by not allowing them to continue, some were not supported by their area teams. They were told that re-establishing their levels of access to those pre-pilot would be almost impossible within the time frame of the prototypes.

As the desire of reintroducing activity levels (UDAs) and capitation into the prototypes is getting more patients back through the doors of participant practices, one wonders if returning to a full UDA contract for those not chosen, within a very short time frame, will not destabilise them more.

The remaining new applicants, when chosen in the very near future, will re-establish a level of practices taking part, comparable to the previous pilot numbers.

But these ‘successful’ colleagues will not know which one of prototype A or B they will be offered yet.

Type A prototypes will only include band one activity into your capitation.

This translates as you being paid for all assessments, radiographs, and simple periodontal care through capitation.

The number crunchers will work out your level of payment based on the band one activity you carried out before becoming a prototype – but they will also work out where band two and three treatments have had elements that have been paid through capitation too.

Following all this? It means that on top of your capitation, you will be paid two UDAs for band two activity, and 11 UDAs for band three activity. Simple!

Type B prototypes will take bands one and two into the capitation payment, and so may be less risky. They will only pay the additional UDAs for band three activity (nine UDAs).

Of course, 10% of your contract value is taken off the top line for the quality payment. You will have to work to get this back, with points meaning prizes within the DQOF.

You will also be given a notional list size to maintain, which will equate to the numbers you saw in the last three years of individual patients (the previous pilots will have this calculated for them more creatively).

Any patient seen elsewhere during your period as a prototype, and those for whom it has been over three years since their last attendance, will drop off your list.

Now things get really exciting around year end within the prototypes, they will analyse how your patient numbers for the three year period have held up in the first year. You will be highly regarded if you increase numbers of patients, but you will not be able to offset that by doing more activity should you patient numbers fall (unless previously agreed with your commissioners).

How you might increase patient numbers whilst having to introduce oral health assessments and RAG screening has not been explained but a clever trick if you can do it. If you are superhuman and get to 2% over that expected, you will be given allowance or paid, which is current NHS England policy for GDS.

But of course if you under delivery on patients and activity and this cumulatively takes you below the 96% levels, you will be clawed back (the good people at NHS England/DH have said this will not exceed 10% of your contract during the process of prototypes).

If you see a patient for an urgent course of treatment and if it’s one of your capitated patients, then that will be expected to be carried out within that payment and not trigger UDAs as activity. If it’s not one of your patients then you will get the 1.2 UDAs but no capitation. There are also some interesting rules regarding patients either seen on referral or sent out from the practice via referral.

See it’s all so simple.

An earthquake too many

So this is a massive change from what was previously piloted with the DH/NHS England expecting all the nice things they liked in that process (prevention, risk assessment etc) but with the added stick of UDAs and capitation payments to keep the numbers up.

So yes this is seismic, but when those chosen consider their options this may be one earthquake too many for some and they may decide in the best Dragons Den parlance ‘I’m out’.

I have no idea who will take the place of those that on reflection choose to leave the process, but DH officials say they will substitute them from the ‘reserve list’, that’s presuming there is such a list and they too don’t adopt the same ‘I’m out’ stance.