NHS dentists still ‘better off’ in retirement despite changes 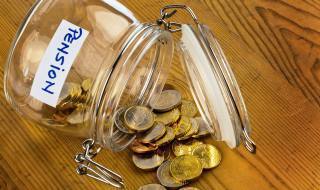 NHS dentists still ‘better off’ in retirement despite changes

NHS dentists will still be better off in retirement than most private-sector workers, economists say – despite controversial changes that came into force this month.

From 1 April, health workers and teachers have lost what has often been criticised as their ‘gold-plated’ pensions, after the Government vowed to cut the bill for taxpayers.

The shake-up brings the death of public-sector pensions linked to final salaries, linking them instead to the average salary during an employee’s career.

The best-paid workers – such as NHS dentists, hospital consultants and head teachers – will lose, while lower-paid staff, such as cleaners and auxiliary workers, are likely to gain.

The British Dental Association (BDA) says the changes mean that:

NHS dentists who choose to claim pension benefits at their NRA for the 1995 scheme cannot re-join the 2015 scheme after the mandatory break in service.

But any who claim benefits from the 2008 scheme, at the NRA, can re-join the 2015 scheme after such a break in service.

NHS workers, along with all public-sector staff, have had to pay higher contributions to their pensions in an attempt to cut billions off the cost for taxpayers.

Meanwhile, the coalition made indexation significantly less generous, by uprating in line with the lower CPI measure of inflation, rather than RPI.

And those changes come on top of Labour hiking the retirement age for public-sector workers from 60 to 65, which has affected payments.

Nevertheless, the analysis, by the Institute for Fiscal Studies, found that, on average, public-sector workers will still receive pension payments worth three to four times those of private-sector employees.

That is because they will still have their pensions linked to salary, while most private companies offer inferior money purchase schemes, dependent on stock market performance.

‘Those who were more than 10 years from their NPA on 1 April 2012, and who joined the pension schemes after Labour’s reforms, will, on average, only be a little worse off.’

However, the BDA, who criticised the changes at the time, said it remained concerned that associates – self-employed dentists who do not own their own practice – will opt out of the pension scheme.

A spokeswoman said: ‘We don’t want dentists losing out on these benefits.

‘To this end, we will be launching a survey of associates soon after Easter to get their views.’