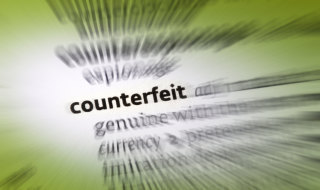 Recently two NHS employees were involved in the theft and resale of £75,000 worth of dental equipment, taken from health board properties in Edinburgh.

They were jailed for nine months.

The items were sold on Ebay and the thefts came to light when a dentist, who had purchased some of the equipment, contacted the manufacturers to ask if it was covered by warranty.

The news story ties in with the British Dental Industry Association (BDIA)’s initiative against counterfeit and non-compliant dental devices and instruments.

In its recent Dental Industry Manifesto the BDIA said it was seeking full Government funding for the Medical and Healthcare Products Regulatory Agency (MHRA), who co-launched the initiative against counterfeit instruments last year.

It never ceases to amaze me that some dentists still buy equipment from Ebay.

If they didn’t and only used reptable dealers, where the provenance of the item is known, there would be no problem.

We expect to know where our food and drinks come from and whether what it says on the label is what it is.

We expect our patients to see us rather than beauty salons for tooth whitening.

We hope they will appreciate the advantages of having their implants fitted here rather than in Budapest or elsewhere in eastern Europe.

So why when it comes to choosing equipment or laboratories do we think cheapest is best?

The MHRA is concerned about the growing range of dental equipment that is being advertised to dentists at cheap prices, both online and at dental trade fairs in China.

The last words should go to BDIA executive director, Tony Reed, who said when launching its manifesto: ‘The industry believes that positive and focussed investment and support from the Government is vital to ensure the highest quality oral health outcomes for patients and an efficient and sustainable future for the provision of dentistry in the UK.’

Dentists can support the BDIA by choosing quality, rather than price, when buying equipment, materials or laboratory services.