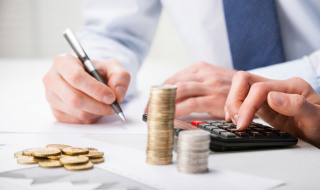 Private dental practice profits have crept ahead of NHS net profits for the first time in almost a decade.

These figures come from the latest statistics released by the National Association of Specialist Dental Accountants and Lawyers (NASDAL), showing the average NHS practice makes a profit of £129,000 per principal compared with £131,000 for private practices.

‘Income and profits are up across the board, with all types of practices seeing increased profits and relatively unchanging costs,’ said Ian Simpson, chartered accountant and partner of Humphrey and Co, who put the figures together.

NHS practice figures have seen an increase in net profits for the first time since 07/08.

Since their peak in 07/08, NHS practice profits have seen a gradual decline according to the figures from NASDAL, which is a sample of 600 practices across the UK.

‘Whilst there are most definitely some very difficult challenges ahead for both dentists and private dentists, we are very pleased to see that the profession appears now to have weathered the economic storm,’ said Nick Ledingham, chairman of NASDAL.

Units of dental activity (UDAs) have remained relatively unchanged over the past year, as have business structures.

At the NASDAL conference, where the results of the survey were announced, Peter Ward, CEO of the British Dental Association (BDA), was keen to point out the relative real-term decline in associate pay.

He explained that despite associate pay remaining relatively stationary, in real terms over the past decade this has meant less money in the pockets of associates in the sector.