Michael Watson reports on the new chair of the GDPC 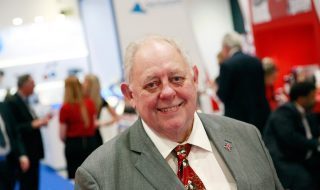 Michael Watson reports on the new chair of the GDPC

Henrik Overgaard-Nielsen will be the 17th chairman of the General Dental Practice Committee (GDPC) that I have known in the 30 or so years that I have reported about dentistry.

I wish him well in what is a most demanding, time consuming and some would say impossible job.

He has two new vice-chairmen, Dave Cottam and Richard Emms, who served on the previous executive, but otherwise those on that sub-committee are all new to the job.

Henrik has already made his position clear on a number of pressing issues.

When it comes to contract reform, he wants ‘a faster pace, much more clarity, (and) guarantees that practices will be viable in the transition period, and less interference.’

It is quite a tall order but he says the Government owes as much ‘to our patients and our profession’.

Henrik has pledged that the GDPC will push for a reformed contract ‘that can work for dentists and patients in the real world’.

But contract reform is not the end of his agenda.

The new chairman says: ‘We need fair and proportionate regulation, including a General Dental Council that’s fit for purpose, we need a system for setting our pay that works, and we need real clarity on what is actually available on the NHS.’

He has the experience and ability to push forward on this agenda I believe, and he will be a strong spokesman for the profession.

Henrik acknowledges that the GDPC must ‘stand up for the profession’ and make sure that its views are heard.

But at the same time he is conscious that it needs ‘productive working relationships with the Department of Health and NHS England’.

It is a difficult tightrope to walk but I wish him and his team every success in his endeavours.