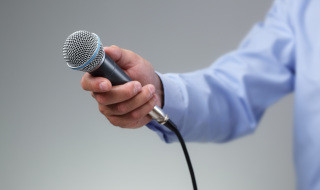 Neel Kothari: Many people feel the NHS dental offer is misleading when it claims to provide everything that is clinically necessary. Should the GDC clamp down on this sort of behaviour?

Mick Armstrong: I think there is a great deal of ambiguity as to what is provided within NHS dentistry as well as a significant difference between what is claimed to be available and what the average patient is receiving in primary dental care. In this sense I can see why some people regard it as ‘the big lie’.

Should the NHS advertise that a comprehensive service is available to everyone? You would have to define what’s comprehensive. If someone has a completely edentulous mouth, and can’t wear a denture, do you give them two, four, or even 28 implants? If the NHS says that this is available then yes, but trying to get it done is another matter. The same goes for other services like sedation or specialist services: technically, it’s available, but trying to access these services is very hard.

Neel Kothari: But if an individual dentist claimed that they offered a comprehensive service and it turned out that they didn’t, it could be seen by the GDC that they were acting in a misleading way.

Mick Armstrong: Absolutely. We had an initial meeting with the chair of the General Dental Council (GDC) and I asked him if he has ever considered that the increase in complaints might be due to the perverse incentives in an ill-defined NHS contract. He looked at me with complete astonishment: it seems he had never considered that. I think if you put good people in bad systems you will get some failures. This doesn’t make them bad people, but if a system has perverse drivers then it will have some effect. The GDC has said that it will not comment on contractual matters. I’ve said that they need to.

Neel Kothari: We can all see the effort the BDA has made with the proposed GDC ARF hike, but what can the BDA do against other unfair charges? For instance, the CQC has announced that from April 2015 it plans to inspect only 10% of dental practices. It will probably save a lot of money, but what are the chances we will see a reduction in our fees? Should the BDA be campaigning for things like this?

Mick Armstrong: We campaign on a wide range of issues that affect dentists. Thanks to the BDA’s efforts, dentists have already seen a reduction in their Care Quality Commission (CQC) fees if they have smaller practices (based on the number of chairs), whereas others will pay a bit more; however, the total take has not changed. I’m not privy to its accounts so I couldn’t say if we can get £50 off here or there, but the CQC does seem pretty pleased with dentistry and I think that monitoring only 10% of practices will take some of the pressure off.

But it’s not just the cost of inspecting practices, since one of our key demands was that the regulator would have dentally qualified inspectors to carry out such inspections and there is a cost involved in training appropriate people to carry these out to an appropriate standard. We have developed a reasonable relationship with the CQC, who appears to be surprised by the profession’s high level of compliance.

We’re perfectly happy to work with reasonable people, who understand that what motivates us is the oral health of our patients. Our relationship with the GDC is less good, because it doesn’t listen to us.

Neel Kothari: Finally, what successes can the BDA be most proud of?

Mick Armstrong: We’re very proud of our success in getting the Government to back down on its proposed £2,000 pay cut for foundation dentists following our sustained campaign of petitions, lobbying the Department of Health and ensuring it was aware of our plan to pursue judicial review proceedings if necessary. It was an unfair attack on the most vulnerable at the start of their career, and working with our student committee, we fought a hard case and won.

I’m also proud that we never gave up on our European campaign to secure an improvement in the permitted levels of hydrogen peroxide in use and to stamp out the tooth whitening cowboys. The European Council’s Directive on Tooth Whitening Products in the UK ensured that tooth whitening products can only be sold to dentists, and therefore signalled an end to non-dentists providing whitening treatments.

Similarly, we ensured that the professions’ interests were represented internationally on the amalgam debate, culminating in the signing of a global treaty following years of discussions by the United Nations’ Environmental Programme’s Intergovernmental Negotiating Committee.

We led the World Dental Federation Amalgam Task Team during the talks and argued that a phased-down approach was a sensible balance between the understandable imperative to reduce global mercury emissions and the need to have the tools available for dental professionals worldwide to continue the fight to improve oral health. We secured a consensus that more time is needed both for preventive oral health initiatives to be implemented and show results, and for suitable alternative filling materials to be developed.

Despite our frustrations with the lack of progress on contract reform, I don’t believe we would be here at all if it weren’t for the British Dental Association’s (BDA’s) efforts in demanding a fair deal for dentists. We lobbied the national press, persuaded members of parliament to raise questions and debates in parliament and the House of Lords, all with the aim of forcing the Government to review this perverse contract. We succeeded in persuading the Health Select Committee to examine our case, which it did, culminating in the Steele review.

The BDA is determined to press for reform and a contract that works for all parties. Our strength of purpose has, so far, kept reform on the agenda and we won’t let it drop.