Dentistry in the spotlight at Westminster 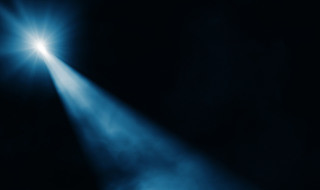 Dentistry in the spotlight at Westminster

Dentistry will come under the spotlight at Westminster in the run-up to the general election, as MPs probe two controversies.

The influential health select committee will investigate both the row over the running of the General Dental Council (GDC) and growing alarm over the scale of rotten teeth in children.

Both evidence sessions will be staged in the coming weeks, in a last-gasp attempt to influence the political parties before Parliament is dissolved, on 30 March, for the 7 May election.

High rates of dental caries in many areas have been attacked by dentistry minister Earl Howe as ‘unacceptable’, because the problem is a ‘preventable disease’.

The Department of Health later acknowledged that pulling out rotten teeth from children runs up an annual £30m bill for the taxpayer.

In a statement, the all-party health committee said: ‘Dental caries are the main cause of admission to hospital for children aged five-nine and, in September 2014, Public Health England (PHE) reported that 12% of children in England had experienced dental decay.’

PHE – and, possibly, a health minister – are likely to appear before the committee on Tuesday 24 February.

Three weeks later, on Tuesday 3 March, the same committee will hold an ‘accountability hearing’ with the under-fire GDC, after criticism of its huge registration fee hike.

Another health minister, Dan Poulter, heavily criticised the regulator for failing to produce any ‘compelling evidence’ that the 55% rise – from £576 to £890 – is needed.

And he said he was ‘sympathetic to’ the British Dental Association’s (BDA’s) campaign against higher fees, which led to the regulator being found to have acted unlawfully in its handling of the consultation.

Mick Armstrong, chairman of the BDA’s principal executive committee, has said it is ‘delighted’ that the GDC will face its first such a hearing.

He said: ‘Westminster is waking up to the fact that Britain’s most expensive healthcare regulator is also the least efficient, most troubled and enjoys little confidence.’

Written evidence can be submitted for both evidence sessions, via the committee’s web portal found here.

The deadline for the dental caries inquiry is Friday 13 February – while, for the GDC hearing, it is Thursday 19 February.

7hr
|
Private Practice
Dentistry Online uses cookies to give the best experience. If you continue to use our site, we will assume that you agree to the use of such cookies. Read More.
Accept