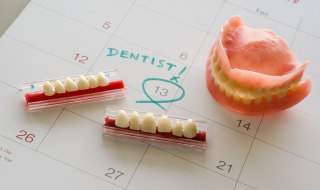 Ethnic minority patients are significantly less likely to get an NHS dental appointment when they want one, Government research has found.

Around 94% of white people who sought treatment in the past two years reported they were successful in getting through the door, NHS England said.

The huge survey – of 425,000 people – also found that young people are more likely to fail to get an appointment than older people and, in particular, pensioners.

And patients are far more likely to get an appointment at a practice they have visited before (97%) than when they contact a different surgery (76%).

NHS England declined to give a view on why ethnic minority patients appeared to be less likely to secure an appointment, saying it had ‘not carried out central research’.

It added: ‘Each area team uses local knowledge to understand why certain groups do not access care in their area and to commission services accordingly.’

However, three of the lowest success rates for getting an appointment were recorded in London, in Newham (82%), Tower Hamlets (83%) and Hammersmith and Fulham (84%), with Bradford (83%) the other.

In contrast, the survey suggested the easiest place to get a dental appointment was Bassetlaw, in Nottinghamshire – where 98% of patients succeeded.

Overall, the poll, carried out between July and September last year, revealed the vast majority of patients remain satisfied with their dental surgeries, showing:

The results are in stark contrast to the growing problems in general practitioner surgeries, where an inability to get a quick appointment is blamed for the lengthening queues in A&E departments.

But only 61% of respondents said they had tried to get an NHS dental appointment in the last two years – which means almost two in five did not seek out a check-up.

Of those that did not, 38% said private dentistry was the reason, while 21% said they did not need to visit the dentist and 13% feared they ‘couldn’t get an appointment’.