A closer look at the prototype contracts 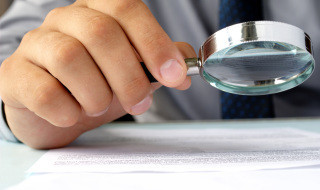 A closer look at the prototype contracts

What will dentists think of the prototype contracts announced last week?

Those who wanted to see the back of the units of dental activity (UDAs) will be disappointed, as will those who wanted clarity about what dental treatments are or are not available under the NHS.

As will those who wanted to return to item of service pre-2006.

That probably accounts for the vast chunk of the profession, but let’s wait to see how many apply to take part in this exercise.

The scope of change in the prototypes is limited and laid out in page 10 of the document.

Not all elements of the existing contract are being changed, at least not ‘at this stage’.

There will be no change in the range of NHS treatments available, which must be ‘appropriate to a patient’s need’, although mixing NHS and private continues to be allowed.

Patient charges will continue, which appears to explain why the banded system, with its attendant UDAs remains.

In the two varieties (blends) on the contract, either band 1 (blend A) or bands 1 and 2 (blend B) are included in capitation; the band 1 for urgent treatment is abolished.

From the patients’ point of view, they pay for an oral health assessment (band 1) or treatment (band 2 or 3) depending on whether lab work is involved; so no change there.

But they will be registered and will remain so for three years, during which time they are entitled to return and be seen under the NHS.

From the dentist’s point of view, they take on this three years commitment, but get paid the capitation payment whether the patient returns or not.

But when you see a patient under capitation you will have to record the band under which they were seen and raise the appropriate charge.

When you do work not covered by capitation, you see them under the old UDA system.

If one of the two systems becomes the chosen one to be rolled out in 2017/18, many dentists will question what has changed and what happened to the promises of reform or abolition of UDAs.