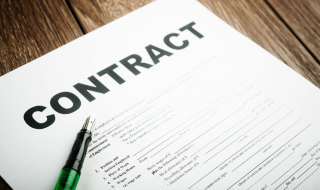 The long awaited proposals for dental contract prototypes have now been released by the Department of Health.

It was at the British Dental Association conference in Manchester last April that health minister, Earl Howe, announced that such prototypes would be started to test the whole contract, rather than parts of it as the existing pilots do.

The clinical pathway approach, which has been refined during the piloting process, will form the basis of the prototypes.

They will also include a dental quality and outcomes framework (DQOF), which will account for 10% of the practice remuneration.

Although such a framework is new in dentistry, it has existed in ‘shadow’ form in the pilots.

It covers ‘outcome indicators’ such as rates of decay and incidence of periodontal pocketing, but now also includes a new set of ‘best practice’ measures,

But it is in the area of the remaining 90% of remuneration that major changes will come.

It is described as a ‘blended’ system with the practice’s contract value split between two elements: capitation and activity.

Two ‘blends’ of prototype contracts will be introduced depending on the extent of capitation and activity.

In blend A, prototypes capitation will amount to 35% of the contract value and activity 55%; for blend B the figures are: capitation 65% and activity 25%, the remaining 10% in each case being for quality payments.

Activity will continue to be measured in units of dental activity (UDAs), with band 2 treatments accounting for 2 UDAs (blend A only) and band 3 treatments counting as 11 UDAs.

Urgent courses of treatment will not count as activity for registered patients, but will count as 1.2 UDAs, were the patient is not registered with the practice.

Patient charges will continue to be raised as in the existing contract and the pilots – the current three-band system, with the addition of band 1A for preventative only care.

Other parts of the existing contract and pilots will not change, at least not ‘at this stage’.

The scope of NHS care available to patients stays the same with dentists delivering ‘the full range of care appropriate to a patient’s need’.

However there is no intention to end mixing of private and NHS care if the patient so chooses.

Primary care dentistry will remain a commissioned system with agreed annual levels of service delivery and arrangements to recover money for under-delivery.

Finally, dentists’ expenses arrangements are also not expected to change.

In particular this will apply to laboratory fees, which remain the responsibility of the dentist to fund out of gross remuneration.

All practices holding a contract (not just the exiting pilots) may express an interest in becoming a prototype.

The first prototypes will be set up this year and, if they are successful, then more may be added in 2017/18 and 2018/19, which is the ‘earliest date at which a reformed contract could become the prevalent approach’.