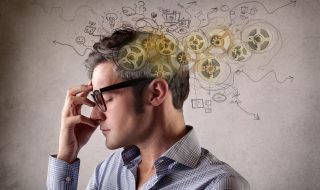 Kevin Lewis reviews the judicial review and looks at how the GDC has reacted to recent events.

It’s all in the mind, of course, but the chimes of Big Ben announcing midnight at the end of the year, always has something of a cathartic feeling about it. There will always be people hoping that the year ahead cannot possibly be as bad as the last – as well as some who have good reason to be either excited or perhaps anxious about things that may or may not happen in the next 12 months.

As 2014 drew towards its close, the British Dental Association (BDA) won its judicial review, and the General Dental Council (GDC) was ruled to have acted unlawfully in the way it carried out its consultation regarding its proposals to increase the annual retention fee (ARF). BDA members will be delighted to learn that the GDC is required to pay the costs of this legal challenge, but this victory is rendered bitter-sweet by the realisation that the GDC has no source of income other than the ARF that it collects from registrants.

It did not get any better for the GDC when the Professional Standards Authority (PSA) published its latest report (December 2014) on the debris that used to be known as the fitness to practise (FtP) procedures. This was the latest audit of the initial stages of the FtP procedures, which is where most of the problems are known to be concentrated.

Although the GDC is squeaky-clean 6% of the time, which is a win of sorts, PSA found faults in 94% of the 100 cases audited, 22 of these faults being considered serious. There were also data protection breaches where the GDC wrote to the wrong registrant… I won’t go on. If the GDC was a registrant, its practising days would be well and truly over.

The picture portrayed in the report is not pretty. It is, on the other hand, pretty embarrassing and in a roundabout kind of way it undermines the reputation of the profession itself and the trust that the public places in the dental profession. Registrants are the forgotten stakeholders of the GDC and yet are almost helpless bystanders and observers of the relentless descent from bad
to worse.

We are sailing in uncharted waters where the GDC is concerned and indeed, even the darkest days for the Nursing and Midwifery Council, or even the General Medical Council (GMC), pale into insignificance against the crescendo of disapproval about the GDC being voiced from just about every corner of the dental profession. Perhaps the most extraordinary aspect of all this is the perception of disconnection, denial, disdain and even arrogance on the part of
the GDC.

Emotional intelligence is just as important for organisations such as the GDC as it is for the registrants under its purview. Registrants are not allowed the luxury of ‘going behind’ convictions. Thus, the GDC must start from the point of having been found to have acted unlawfully and to publicly apologise to the profession for that. Someone must have decided that it was a clever idea to collect the ARF direct debits earlier than in previous years, just in case the judicial review decision went the wrong way.

The problem that gets in the way of the GDC taking the very steps that the profession would respect is that this saga has been running longer than The Mousetrap and has reached a stage where it won’t go away on its own. It’s not just a case of the wheels coming off, but more a case of having no idea where the wheels used to reside, nor where they would go if anyone were ever lucky enough to find them again.

A siege mentality does seem to have become embedded at the GDC and any kind of admission of failing is unthinkable, and there is a sense that nobody at the GDC actually believes that anything is so terribly wrong, and everyone else is making a fuss about nothing. This view was compounded by the ‘Dear registrant’ turn-of-the-year missive from the GDC chair, Bill Moyes, whose 2014 was marked by an alarming capacity to shoot himself in both feet simultaneously. The fact that there was a typo in the opening line (his letter was dated January 2014 rather than 2015) did not inspire confidence, and holding the damning evidence of the PSA’s latest audit in one hand, this is an extract of what he penned with the other.

There was no mention of the judicial review, nor the PSA’s findings, nor any of the criticism deluged upon the GDC, but instead: ‘…the backlog of 750 cases has been cleared, and we have taken steps to ensure that it will not build up again. The number of cases in our initial screening stage has been reduced from 340 cases in January 2014 to fewer than 100 in November 2014. The number of cases in the formal investigation stage has been reduced by 30% – from 1,200 in 2013 to 800 now, and we are meeting all our targets for quality of service, accuracy, decision-making and timeliness.

‘Today our teams are consistently achieving scores of 95% or better. External scrutiny of our performance has not yet caught up with this rapid improvement, because it currently focusses on the GDC’s performance during the early part of 2014, before these investments and changes were made and had time to show results.’

When the previous backlog of cases was cleared a few years ago with similar assurances it came at a crippling cost in terms of the fairness and robustness of the new processes and the quality of the decisions. We are still coping with the legacy of that even today.

Within fortress GDC there is no visible insight and no audible remorse because it is totally convinced that it is blameless and actually, performing outstandingly well. Only the GDC is privy to this uplifting view of the world of dental regulation, while others are at fault for having challenged or criticised them.

The BDA, on the other hand, is entering 2015 with an air of confidence and a spring in its step. This is good for the BDA, and good for the profession and its morale.

In four months time we have a general election awaiting us and some time beyond that a new-look for primary care dentistry in England and perhaps elsewhere. Dentistry continues – like earth itself – to spin on its axis, but while it does so, I do hope that 2015 is kind to you and those that are close to you.