Michael Watson reviews the letter published in the Daily Telegraph 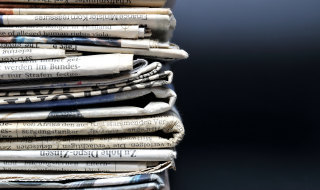 Michael Watson reviews the letter published in the Daily Telegraph

On 2 January the Daily Telegraph published a letter signed by over one hundred dentists, a new version of the letter printed in the same newspaper on the same day last year, organised again by Yorkshire dentist, Tony Kilcoyne.

It was published a year to the day after a similar letter from the same stable was published by the paper, since when the authors claim that the situation has worsened.

The letter said that dentists cannot provide the best care while ‘under pressure’ to meet the NHS units of dental activity (UDA) targets.

It quotes the example of the recall of 22,000 patients of Nottingham dentist Desmond D’Mello, who it said ‘huge volume targets, commissioned and supervised by NHS management’, which compromised care and ‘left no time to clean properly between patients’.

But I ask was this a good example, as it implies that D’Mello was forced into accepting a burdensome contract that shouldn’t have been awarded.

I am sorry but commissioning of public services does not work like that, think back to the 2012 Olympics and the failure of G4S to fulfil a contract to provide training and management for the 10,000-strong security workforce.

Did those who commissioned the work get the blame?

No the company had to take responsibility for what was recognised as a fiasco.

Neither his primary care trust nor NHS England held a gun to D’Mello’s head and insisted that he accept too high a UDA target.

What, in effect, they said was ‘if you want to earn all this money (and by all accounts it was considerable) then this is the number of UDAs you must provide.’

He, not the NHS, was responsible for managing all those who were to provide the care and make sure they did it to an acceptable standard.

The recall shows that he failed to do this.

The letter then pointed out that the ‘number one medical reason that any primary school child aged 10 or under is hospitalised in England is rotten teeth’.

This is 100% preventable, the letter says.

But who refers the patients for extractions and who fails the provide the prevention?

Sorry its dentists not the NHS, not the Government.

Tempting though it is to say that, when the Government promises the public that all their dental clinical health needs will be met, this is a lie, the public will blame the profession.