The search for a new dental contract 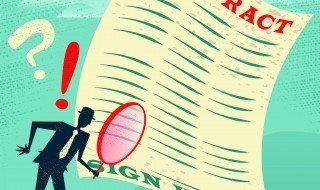 The search for a new dental contract

Michael Watson explains how the current dental contract could be made to work, and why it currently isn’t.

Long before Harry Potter, medieval alchemists were searching for the philosopher’s stone, the magic formula that would turn base metal into gold.

I see the search for a new dental contract, which will transform NHS dentistry into a golden service, as a similarly fruitless task.

It is not the existing contract that is at fault, but the way it is applied and interpreted.

I believe the 2006 contract can be made to work, provided commissioners, providers and performers change their way of working.

It will need some minor regulatory changes, but not the wholesale tearing up of the existing system.

Ask anyone involved what is wrong with the present contract and the chances are they will reply: units of dental activity (UDAs).

The problem, however, is not the UDA system, but a failure to understand the incentives it produces.

The UDA system delivers the greatest profit to those who have the lowest outgoings, whether in laboratory or material costs or payments to associates or others in the dental team.

So we get fewer items within each band, acrylic rather than chrome dentures and extractions rather than restorations.

But whatever replaces UDAs will produce other incentives and unless these are understood, then similar problems will arise.

Put simply: UDAs must not be the only things commissioned.

Dentists and corporates must also realise that there is more to delivering a good service, than achieving a UDA target.

It is the contract holders, not officials at NHS England, who manage dentists.

The quality of the service provided is their responsibility.

No new contract, no amount of contract reform will deliver what patients need.

We should be trying to make the existing contact work, in my next article I intend to give pointers on how this could be achieved.