Is now the time for lobbying by dentists in the lead up to the General Election 2015? 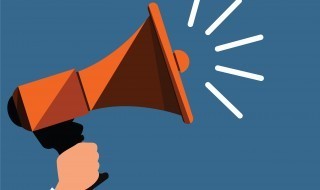 Is now the time for lobbying by dentists in the lead up to the General Election 2015?

Her Majesty the Queen is preparing to invite Nigel Farage to form a Government and become her 13th UK Prime Minister.

The Buckingham Palace official arranging the transport is somewhat surprised to be told to send the car to the Red Lion pub in Whitehall.

‘We normally send it to the party headquarters of the winner,’ he is reported as saying.

It is only eight months since we were all wondering what the election of the first UKIP MP in Clacton might portend, but no one expected that the party would top the poll in the general election.

Now there is a Government composed mainly of just-elected MPs.

The new secretary of state for health was, until a month ago, seeing his patients in a small town on the Lincolnshire coast.

The minister of state for health, given the dental portfolio, was until then more worried about achieving his practice’s units of dental activity target than matters of state.

Ok it was just a dream – or perhaps a nightmare.

As things now seem it is unlikely that any party will obtain an absolute majority, so we are in for another five years of coalition fudge or minority Government.

It does raise the question as to what the future will be for NHS dentistry.

It is difficult to tie down prospective MPs or their parties to any specific promises.

Having said that, the 2010 coalition agreement did promise a new NHS dentistry contract, but there is next to no chance of that being in place.

But over the coming months, prospective candidates will be in listening mode as well as promising the earth.

Time for a little lobbying by dentists I suggest.