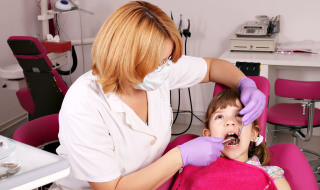 The bills were set out by health minister Earl Howe in answer to a parliamentary question tabled by Baroness Gardner of Parkes, a Conservative peer.

More detailed statistics, seen by Dentistry, show that 6,607 children underwent minor extractions in 2012-13, the most recent figures, each costing £462 – making a total cost of £3.1m.

In her question, Baroness Gardner asked ministers if they would ‘consider setting up day-care clinics that could carry out such work’, presumably cutting the cost.

But, in reply, Earl Howe said that was ruled out by the recommendations of the 2000 report A Conscious Decision, where extraction required general anaesthesia.

The report set out that patients should be close to ‘high quality critical care facilities’, which meant a hospital setting.

Earl Howe said: ‘There are currently no plans to change this.

‘Many extractions are carried out on a day case basis.

‘Whether the extraction is carried out as a day case, or requires an overnight admission, is a matter for the clinicians involved.

Earl Howe added that 70% of five-year-olds had no dental decay, but admitted: ‘We recognise that significant inequalities remain.

‘Wider work is under way through dental contract reform and other prevention focussed initiatives to improve oral health.’

In a House of Lords debate earlier this year, Earl Howe used stronger language, describing high rates of dental caries – a ‘preventable disease’ – as ‘unacceptable’ in many areas.