Dentistry webinars are available to Dentistry Club members only, please log in or sign up.
Webinar Details
The Speakers

During this webinar, Sameer Patel and Sandeep Kumar will talk about how to manage your dental practice like a business.

Justin Leigh is the Founder of Focus4Growth.

A Sales & Leadership Training Company specialising in the dental market.

He’s the bestselling Author of INSPIRE, INFLUENCE, SELL (Master the psychology, Skills and Systems of the world’s best sales teams)

He’s British Dental Industry Association’s preferred Sales Trainer and is invited to speak for many business organisations including the Association of Professional Sales & The Institute of Directors.

We work with some of the fastest growing businesses in the world, they do things differently. Our Mission is to share those differences with our dental clients, so they can become the market leaders in their field and make a bigger impact in the world.

Dr Sandeep Kumar is one of the UK’s leading Invisalign Diamond Providers and has created more than 4,000 beautiful new smiles with Invisalign in his private clinics.

Sandeep can only be described as a trailblazer in the world of Invisalign.

Originally from India, Sandeep came to the UK in 1999. He qualified with the GDC in 2000 and on the lookout for his next opportunity, bought his first practice in 2003.

More than 20 years later and after recognising the huge business potential Invisalign could bring, Sandeep has built his success around the clear aligner brand and has inspired and encouraged those around him to do the same.

Founder of three successful private clinic brands, the MiSmile Network and the MiSmile Academy, Sandeep also shares his thoughts and opinions with the wider industry and can often be found on stage speaking and training others on the opportunities Invisalign can harness.

On acquisition of e11even orthodontics 11 years ago, Sameer has played an instrumental role in metamorphosing a small two surgery, single speciality practice, into an 18-clinician multidisciplinary practice. He has, through carefully planned growth and acquisitions, grown it 600% in 9 years. He did this with many failures and would like to try and help you to avoid making the same mistakes.

His clinical ethos is all centred around minimally invasive care which he instils into his hand-picked clinicians. His leadership, motivation, and teamship culture all stems from his sporting background. Sameer has played and captained at County and Club level both home and abroad with great success, bringing these vales into the dental setting.

He is known for his charity work, partnerships and annual percentage profit contributions to Smile Train, Keen, Salvation Army and dental missions to Uganda and India. His willingness to give for the greater good has been recognised amongst his fraternity peers and nationally. Sameer has appeared on Sky News, ITV and has been recommended by Tatler as “the go to Dental Surgeon in UK”.

‘Excellence is a process and not a destination’- is his belief and a belief of all that surround him and work alongside him have come to know, love and practice. 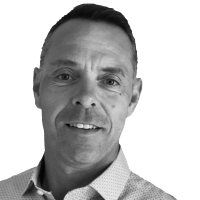 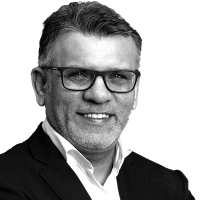 Founder and CEO of MiSmile 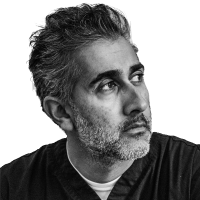 CEO, Partner and Co-Founder of e11even dental wellness, London and Partner at Blandy House Dental Practice, Henley on Thames.
Dentistry Online uses cookies to give the best experience. If you continue to use our site, we will assume that you agree to the use of such cookies. Read More.
Accept