Thieves steal £25,000 worth of mouthwash and chewing gum

Thieves steal £25,000 worth of mouthwash and chewing gum 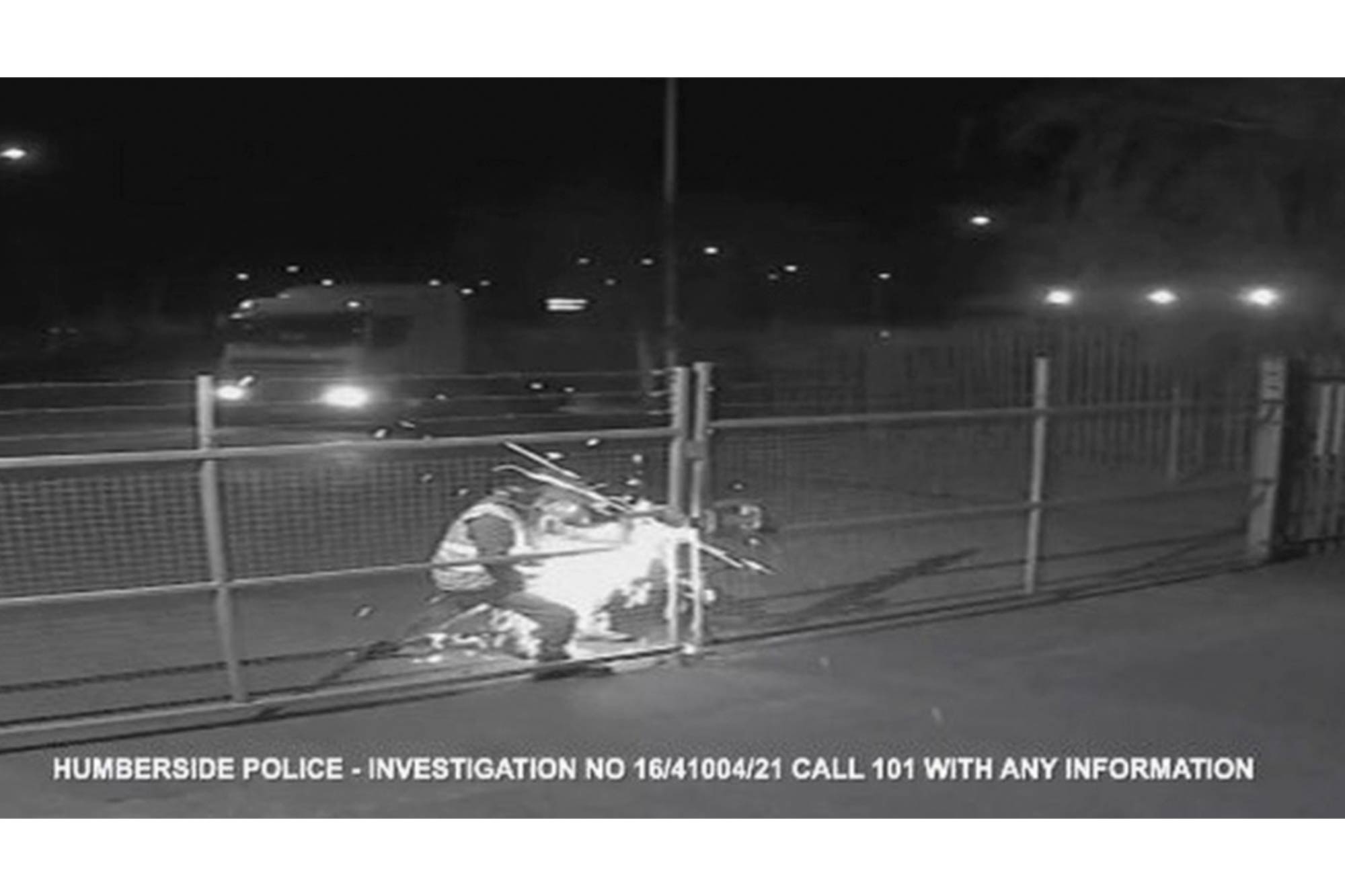 Around £25,000 worth of mouthwash and other dental products were taken in a raid by a trio of thieves.

The group stole mouthwash and chewing gum after breaking into a locked compound in Stallingborough, Lincolnshire.

After cutting their way in using an angle grinder, the thieves made off with a huge haulage container holding 48 pellets of product.

CCTV footage provided to Humberside Police reveals two men stepping out of a truck, which was driven by a third person.

After breaking into the gate, the tractor unit is then used to ram through another barrier. The footage later shows the truck exiting the compound with the container in tow.

Police say the trailer was fitted with false plates and was found abandoned at an industrial estate in Sheffield two months’ later.

Detective constable Wayne Martin says one of the two men captured on camera ‘appears not to be able to use his right arm’.

But the theft may not come as a surprise as a new survey reveals the UK comes top for many oral health practices.

Put together by Sunstar, the UK ranked best for brushing twice a day with fluoride toothpaste (47%), for example. The US came in second at 40%.

Other findings for the UK include:

The survey involved around 15,000 participants, spanning across 15 countries across the world.